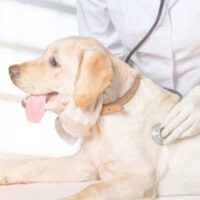 Veterinarians take care of our furry friends. They spent a lot of time in school understanding the proper procedures for caring for animals, as well as recordkeeping, proper use of medication and being an ethical veterinarian. Not all vets take their jobs seriously, though. Some don’t perform proper procedures, which can lead to serious injury or death for the animal, and criminal charges or license loss for the veterinarian.

The guilty pleas end multiple events that involved state and federal investigations, as well as death threats against a whistleblower. The 41-year-old woman was arrested in January 2019 for obtaining a controlled substance by misrepresentation, forgery, fraud or deception. The veterinarian initially pled not guilty.

Under Louisiana law, it is unlawful for a veterinarian to prescribe or administer controlled drugs beyond their authority or for treating a disease or illness. Veterinarians must also keep records for controlled substances ordered and dispensed at their clinic, which the vet did not do. In December 2018, she closed her clinic, Wise Choice Animal Hospital, after being investigated.

A whistleblower became a target of death threats after she witnessed the veterinarian take pills from the clinic. The vet claimed that the drugs were for her drugs. Several clients also accused the vet of poor care. The U.S. Drug Enforcement Administration subsequently pulled her license.

In September 2018, the vet’s girlfriend was charged with criminal conspiracy and obstruction of justice after paying a friend $50 to scare and harm the whistleblower. The friend told police she was offered $100 to break the woman’s legs.

The veterinarian’s girlfriend has already served a one-year jail sentence. Since August 2019, she had been wearing an ankle monitoring device. After her guilty plea, the judge allowed the device to be removed. She was then given a two-year suspended jail sentence as well as two years of supervised probation. She is not allowed to have any contact with the whistleblower. She must also pay court costs by October.

The veterinarian is also facing penalties for her actions. She was placed on probation for six months and must perform 30 hours of community service. In addition, she is ordered to pay a fine of $500 plus court costs and fees.

Veterinarians are entrusted to take care of beloved pets and therefore have a lot of responsibility. When they don’t take care of their administrative tasks or don’t use medications properly, they can face fines, criminal charges and even license loss.

Protect your license and livelihood with help from Tampa veterinarian licensing lawyer David P. Rankin. He has many years of experience helping veterinarians and other licensed professionals. Schedule a consultation today by calling (813) 968-6633 or filling out the online form.