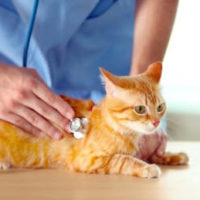 Veterinarians have many tasks that they must perform. First of all, they must have a license, which is obtained by passing a state exam. In order to keep this license, a veterinarian must follow the laws and not do anything that can jeopardize their license. A license can be suspended or revoked for many reasons, including committing a crime, not keeping accurate records, unethical conduct, exposing animals to diseases and performing procedures without consent.

An Illinois man who had his veterinarian license suspended for three years recently got his suspension extended after yet another incident. The 69-year-old veterinarian originally got his license suspended in January 2017. He faced a three-year suspension for engaging in unprofessional conduct and practicing without a license. He also pled guilty to a Class A misdemeanor. He engaged in unethical and unprofessional behavior including inappropriate restraint of an animal, patient neglect, physical abuse, performing a procedure without consent, exposing dogs to canine parvovirus, and failing to administer pain medications prior to amputation.

He was arrested in January 2018 for keeping restricted animals at his veterinary office. In June 2018, his license was suspended once again. He was fined for failing to keep herptile records.

Veterinarians have to deal with demands from multiple directions. They must do what is right for their clients while balancing the demands that come from the industry as well as the areas of animal health and animal welfare. They must also handle demands from employers and society in general. There are many elements involved in veterinary ethics, including confidentiality, euthanasia, negligence, honesty, autonomy, communication and informed consent. Other topics of interest include selective breeding, alternative treatments, cosmetic interventions, research ethics and religious influences.

In terms of ethics and professionalism, there should be no difference between the human patients that a doctor treats and the animal patients that a veterinarian treats. The main difference is that ethics in human medicine often leads to legal battles and even changes in laws, while this rarely happens in the veterinary field.

Veterinarians have a tough job. Sometimes acting in an ethical manner can be challenging, since vets deal with animals instead of people. Nevertheless, they can still face licensing issues that can affect their livelihood.

If you are a veterinarian facing licensing issues, don’t try to handle them on your own. The Law Offices of David P. Rankin, P.A. can help. He is highly skilled in handling disciplinary issues and has helped many Florida veterinarians and other licensed professionals keep their licenses. To schedule a consultation, call (813) 968-6633 or fill out the online form.