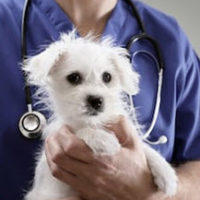 A veterinarian had his veterinarian license suspended after two teen girls accused the man of rape. The man allegedly raped two 17-year-old girls at the Coushatta Casino Resort in Louisiana and now faces charges of sexual battery and rape.

In December, the veterinarian was arrested by Texas state troopers. Bond was set at $90,000 bond and he was released from jail on January 2.

The man denies the allegations. His veterinarian license has been temporarily suspended by the Texas Board of Veterinary Medical Examiners. He plans to appeal the decision. He is currently working to prove his innocence. He passed a polygraph test and willingly submitted a DNA sample to police.

The details surrounding the alleged rape incidents remain unknown. Tribal police affiliated with the casino initiated the investigation, but are refusing to provide the probable cause affidavit for the case. So far, there is nothing showing physical evidence against the veterinarian linking him to the rapes.

This, however, is not the veterinarian’s first incident involving the Texas Board of Veterinary Medical Examiners. In June 2017, he was accused of failing to report two prior offense. He was charged with assault and burglary in 2014 and 2016, respectively. Failure to disclose is a violation of state law. The man paid a $500 fine and the charges were dismissed.

Given the lack of evidence in this case, this could be a situation of people making false accusations. This often happens due to mistaken identity or revenge. False accusations are no laughing matter, however. They can be hard to defend against, which is why hiring a good lawyer is the best recourse. These accusations can also be costly and time-consuming to handle.

False accusations can also affect one’s reputation, as seen in this case. The veterinarian has had his license suspended, which is affecting his ability to earn income. This can have short-term and long-term consequences.

The actions you take outside of the veterinarian practice can affect your license for years to come. It is important that you act in an ethical and legal manner at all times, even when you are off duty, as a license can be suspended for a multitude of reasons.

If you are a veterinarian facing disciplinary action for a crime not related to your veterinarian practice, you could face license revocation and other harsh penalties. Get the help you need to retain your license from the Law Offices of David P. Rankin, P.A. He has decades of experience helping Florida veterinarians handle their administrative issues and keep their licenses. To schedule a consultation, fill out the online form or call (813) 968-6633.