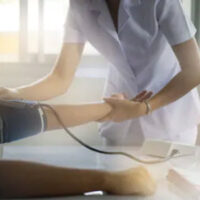 We rely on nurses, doctors and other medical staff to provide us with the care we need when we are ill. When they take a patient’s medications, it can have serious effects.

A nurse from Virginia had her nursing license suspended on August 6 after stealing a student’s medication. The clinic aide for Chesterfield County Public Schools faces multiple criminal charges, including drug possession, possession with intent to distribute, petit larceny and child endangerment.

The charges against the 39-year-old nurse stem from an investigation in May 2019. A parent at a local elementary school reported that their child’s medication was stolen. Detectives discovered that the nurse was stealing Adderall that was prescribed to students and replacing it with Benadryl and other over-the-counter medications.

The mother found out that her son had been taking one-half an adult dose of Benadryl for weeks at a time. The nurse is also accused of replacing other ADHD medications with seizure medications and painkillers. Because of this, the nurse violated several state laws.

The medications the nurse took affected her work performance. Her supervisor claimed that in May 2109, the woman appeared to be drowsy and giggly on several occasions.

It was also discovered that on her application for employment at the school, the woman had failed to disclose that she was terminated from a previous position. In October 2017, while employed at Henrico Doctors Hospital, she took narcotic medication at a high rate and never administered or returned this medication.

The nurse was considered unsafe as a nurse due to substance abuse and mental illness. A month later, she tested positive for hydromorphone and morphine on a drug screening. She did not have a prescription for either medication and admitted she took a friend’s prescription.

On September 18, there will be a formal hearing with the board of nursing. A preliminary hearing on the criminal charges will be held in October.

Unfortunately, stealing drugs from patients is a huge problem in the nursing field. The opioid crisis in the United States is extending to medical professionals. In 2018, 47 million prescription drugs were stolen. This is an increase of 126% from 2017. In two-thirds of these cases, doctors and nurses are responsible.

Inappropriate prescribing and self-abuse have become prevalent in the medical industry. While working in such a field is stressful, more needs to be done to prevent drug abuse by doctors, which is a serious issue that can harm patients.

If you are a nurse who is facing administrative issues for an ethics violation, don’t try to handle it on your own. You need aggressive representation on your side.

Get help from Tampa nursing license lawyer David P. Rankin. He has helped nurses and other licensed professionals in Florida hold onto their licenses. To schedule a consultation, call (813) 968-6633 or fill out the online form.