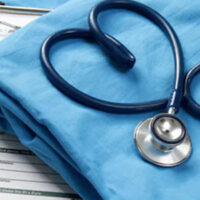 When administering medication, dosage is very important. A dose that is too small may not be helpful, while an overdose can cause serious health problems or even death. Nurses and doctors are aware of this and need to take appropriate steps to prevent lethal medication doses.

Two nurses recently had their licenses suspended due to their involvement in a dosing scandal that claimed the lives of 35 patients. The scandal took place at Mount Carmel in Ohio between 2014 and 2018 and resulted in one doctor and 23 healthcare employees getting fired for their actions.

The two nurses will have their licenses suspended for a period of one year. One nurse was dropped from lawsuits involving Mount Carmel Health System and the doctor involved. The nurse was involved in the deaths of two patients who died in November 2018. At that point, Mount Carmel launched an internal investigation that led to the firing of the staff involved.

The last patient to die was a woman. Just before her death on November 20, 2018, she was given 10 milligrams of Versed and 2,000 micrograms of fentanyl. The day before, another patient died. The two nurses were involved in her care. She received 10 milligrams of Versed and 1,000 mcg of fentanyl. The doses were allegedly provided by the doctor. Both patients were on a ventilator when they died.

One patient was not on a ventilator. Records show that the man “wanted to die.” He was given two doses—4 milligrams and 6 milligrams—of Dilaudid. Mount Carmel claims that those dosages are potentially lethal.

The doctor involved in the dosing scandal has pled not guilty to murder charges stemming from 25 of the 35 patients. His trial has been delayed until 2021. According to his attorneys, he provided comfort care to dying patients.

While the doctor is the only one who is facing criminal charges, the pharmacists and nurses involved have been disciplined for their actions. Mount Carmel was fined $400,000 and has paid more than $13 million to settle lawsuits filed by the patients’ families.

Attorneys for the two nurses involved in this most recent case claim that the nurses should be protected by Ohio’s DNR Comfort Care law, which was established in 1998. However, this law has an ethical component and both nurses did not question the high doses of medications.

A former Mount Carmel nurse voluntarily turned in her nursing license due to the scandal. She failed to question a dose of 500 mcg of fentanyl given to a patient.

Nurses and other medical staff are obligated to care for patients in a professional manner. Purposely overdosing a patient is reckless behavior that can lead to license loss and other penalties.

If you are a nurse facing criminal charges or other sanctions against your license, protect your livelihood with help from Tampa nursing license lawyer David P. Rankin. He has decades of experience helping nurses and other licensed professionals. Schedule a consultation today. Call (813) 968-6633 or fill out the online form.