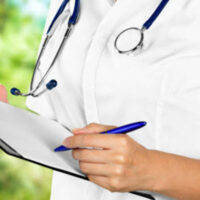 Nurses face a lot of temptation. They are around various medications throughout the course of their day and some desire these drugs for themselves. While most nurses resist the temptation, some give in, stealing medications to feed their addictions. They eventually get caught, facing license loss and other penalties.

This was what happened to a Florida nurse. The registered nurse from Pembroke Pines repeatedly stole medications from the Intensive Care Unit at Fort Lauderdale’s Kindred Hospital South Florida. He now has a restricted license.

The man worked as a nursing supervisor on seven night shifts in January. His fingerprint and access code were used 31 times total to get into the ICU drug cabinet. However, there was no reason for him to access the drugs, as he had no patients assigned to him.

According to the emergency restriction order (ERO, the nurse removed the lids from vials of Dilaudid. He then used a needle to remove the medication from the vial and glued the lids back on.

When the ICU drug cabinet was checked on January 22, there was evidence of 12 tampered vials of Dilaudid. The caps of the vials were glued on and wouldn’t twist off.The nurse was the only employee who accessed the narcotics cabinet without reason and he was also the only one who did not log his access. During an investigation, seven more tampered vials were found. All were diluted. The nurse was suspended during this time.

The nurse returned to work February 1. He worked the night shift as nursing supervisor five times. He accessed the medication cabinet 16 times for no reason.

On March 4, the nurse denied accessing the narcotics cabinet, despite sufficient evidence. There was video footage of him and his passcode and fingerprint were used to access the cabinet. The nurse resigned and later apologized.

The man, who has been a nurse since 2003, is now restricted from being a nurse in situations where he would have access to controlled substances.

When a nurse or other healthcare worker steals drugs from patients, it’s called drug diversion. It’s estimated that as many as 10% of nurses steal drugs and alcohol. However, it’s not something you hear about a lot because it’s done secretly.

Diversion happens because of addiction. It’s important to understand that addiction is not an issue of morality. It’s a disease. A person tolerates the drugs and they need more and more. Their brain becomes rewired and they just cannot resist.

Co-workers and supervisors eventually find out due to several signs. A nurse with an addiction may become forgetful or lack concentration. They may suddenly have frequent illnesses and physical complaints. They also have high levels of tardiness and absenteeism.

Nurses are bound by ethics, just like all licensed professionals. When they engage in illegal activities, it can negatively impact their license.

Protect your nursing license with help from Tampa nursing license lawyer David P. Rankin. He can help you resolve your licensing issues. Schedule a consultation today by filling out the online form or calling his office at (813) 968-6633.