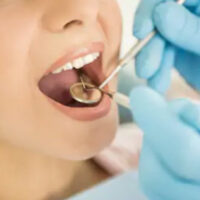 If your dentist was performing dental treatment that you felt was odd or unnecessary, what do you think would happen? Do you think your dentist would get his or her license suspended? Would the dentist face any sort of punishment?

Statistics say probably not. State dental boards are run by dentists who oversee other dentists.This is true in the medical field as well. Basically, these professions police themselves, and dentists naturally want to look out for their own. Therefore, the chance of your dentist being punished is rare.

In fact, in 2018, only 225 dental licenses got suspended—just 0.1% of all dentists in the United States. These suspensions were spread out over 40 states, as 10 states didn’t suspend one dentist’s license.

The Ohio dental board averages 450 complaints a year. However, not much is done to reprimand these dentists. It is rare to see a dentist suspended in Ohio for overtreatment.  In 2019, only nine licenses were suspended. Just three were revoked. Of these, seven were attributed to dentists or employees who were convicted of a crime. Two others were against dentists who illegally prescribed drugs.

But why do dentists insist on overtreatment. Isn’t it just more work for them? Exactly. They do it for one main reason: money. One of the biggest dental chains, North American Dental Group, is known for engaging in overtreatment. Two former dental assistants gathered evidence against the chain after they complained about customer mistreatment.

Pediatric dentist offices Kool Smiles and Small Smiles have been sued by whistleblowers claiming that the offices performed unnecessary root canals on children. Some were billed for treatment they never received. In some cases, crowns were placed on teeth that still had decay inside them. This led to complications.

So what happens when patients feel like they are being mistreated? While they should still file a case with their state board, nothing is guaranteed. While some patients think they can sue their dentist for dental malpractice, these lawsuits are rare. That’s because very few lawyers will take on these cases. Unlike medical malpractice claims, which can sometimes top $1 million, there just isn’t that much money there for patients mistreated by dentists because the mistreatment rarely results in serious medical conditions or death. This leaves patients with very few avenues for resolution.

While it may seem like it is rare for a dentist to have their license suspended, this does not mean that anything goes. If a patient experiences subpar treatment, they can certainly make a complaint and the state dental board can take action. Therefore, dentists should make sure they are providing appropriate care.

If you are facing administrative issues, your license is at risk. You could face punishment in the form of fines and jail time. Tampa dentistry license lawyer David P. Rankin has helped dentists and other licensed professionals resolve their licensing matters. To schedule a consultation, call (813) 968-6633 or fill out the online form.