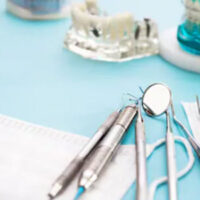 Many people have undergone extensive dental treatments to fix problems with their teeth. Oral surgery on wisdom teeth is quite common. In fact, most people will get their wisdom teeth removed at some point. This surgery is quite routine and rarely results in complications.

However, it did result in complications for one young woman. The healthy 25-year-old woman had her wisdom teeth removed in January 2016. Four months later, she ended up getting a serious infection that caused her to have a heart attack. During the heart attack, the woman fell and broke her teeth. She actually consulted with the dentist on dental implants a few days before the license suspension because she was not made aware of the dentist’s pending investigation. The teeth were later fixed by a different dentist.

This was not the first time that one of the dentist’s patients became ill after a dental procedure. His practice caused 15 other patients to develop infections. One even died. The dentist was given a five-year license suspension and fined $293,500 for his actions. However, based on how the deal was structured, the dentist could practice again in August. On top of that, his license was never suspended in New York, so he could go there to practice dentistry.

The mother of the young woman was not happy with the punishment. She believed the dentist’s license should have been revoked so the dentist would never able to practice in New Jersey again. The dentist caused the patients’ infections through a lack of basic hygiene before surgeries.

The 15 patients were all diagnosed with bacterial endocarditis, a type of inflammation in the inner heart that can lead to seizures, heart attacks and even death. All sued in a class action lawsuit. That lawsuit settled in November 2019 for an unknown amount. The 25-year-old woman did not join the class action lawsuit because she was not diagnosed with bacterial endocarditis.

The dentist’s license in New Jersey was suspended in August 2016. The five-year suspension was retroactive to that date. Since it includes a year of probation, the dentist could resume his dental practice as soon as August 31, 2020. When suspending or revoking a license, the state looks at factors such as the facts, the law and the ability to prove the case.

Because there have been no complaints from the dentist’s New York patients, the New York Office of Professions cannot take any action against him. A specific complaint must be made by a patient in the state.

The woman is now 28 years old and is trying to move on with her life. She has a pacemaker and suffers from memory loss, but otherwise lives a fairly normal life. She has a young son and works as an addiction counselor.

Dental surgery is complex. It involves working on a person’s mouth while they are under anesthesia. If not done properly, such an event can lead to infection and other serious issues.

Protect your license with help from a Tampa dentistry license lawyer at the Law Offices of David P. Rankin, P.A. He has helped dentists and other licensed professionals handle administrative issues that threaten their reputation and livelihood. Schedule a consultation by filling out the online form or calling (813) 968-6633.