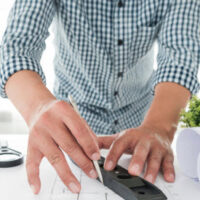 With new advances in technology comes responsibility. Many individuals and companies often do not take ethics into consideration when they create new products. This is especially true when dealing with software, apps and other digital media. These products can still cause harm, even though there may not be physical damages involved.

Zvika Krieger, who previously worked for the World Economic Forum, has been hired to Facebook’s responsible innovation team. The team has been around for a while, but is growing in size as ethical issues emerge in the technology realm. Krieger, who has been hired as the department’s director, will be responsible for addressing ethical issues in the engineering and design processes.

The responsible innovation team has an important job. The members develop tools, methods and training that will look for ethical issues while products are still being designed and developed. Krieger will support the team on, throughout the product development lifecycle. He will ensure that the products are built responsibly and that any harm is minimized.

Facebook has been criticized in the past for its lack of focus on ethics. Facebook has learned its lessons and hopes that the hiring of Krieger will allow the company to do a better job of anticipating possible misuse and other harm that new products can cause. Krieger’s background included employment with both the State and Defense departments. He was also a journalist for almost a decade, working with publications such as Newsweek and The Atlantic.

Professional engineers do much more than create new products. They have to think about ethics and human safety, no matter what type of product it is. This may seem like an easy task, but it’s one of the toughest things they must do. If they don’t focus on this, the public could get injured or even killed.