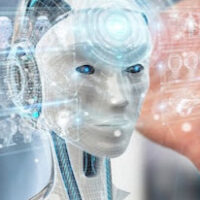 While it’s safe to say that artificial intelligence has made our lives easier in many ways, the professional engineers who create these powerful gadgets often come across ethical issues. For example, some machines have built-in biases or have a tendency to display malicious behavior. Many professional engineers simply ignore this issue, or don’t think about it when creating new technology. As a result, they create new issues that can negatively impact users. This, in turn, can cause undesired results that can cause a professional engineer to lose their license.

Tech companies and consumers alike need to be vigilant, as new technologies are often prone to security issues, such as hacking. Hacking isn’t as difficult as you may think. In December 2019, there were several reports of bad actors hacking into Ring home security cameras, allowing them to view camera footage. These hackers troll the internet looking for news of exposed devices. They then gain access by using default usernames and passwords. In one case, a hacker was able to view and talk to an 8-year-old girl, harassing and frightening her. This is a scary situation, with a person’s privacy at risk.

Professional engineers who create artificial intelligence products also must deal with gender and race bias. When identifying light males versus dark-skinned females, there is an accuracy gap of nearly 34%. Will an algorithm treat all people the same, regardless of socioeconomic, religious and racial factors? If not, then there can be serious consequences, especially when it involves the criminal justice system.

Another thing to consider is values. One person may think differently than someone else, and therefore encode their thoughts and feelings into a machine. An example of this is the Trolley Problem. For example, for a driverless vehicle to avoid an impending accident, should it focus on keeping the passengers of the vehicle safe or keeping a pedestrian safe? If the machine must focus on one outcome only, then this can create a sort of ethical dilemma because not everyone may agree with the decision.

However, it’s not enough for a machine to function as intended. Professional engineers must still ensure the devices meet their goals and focus on the well-being of humanity. Anything less is cause for concern and can lead to punishment such as license suspension or revocation.

Keep Your License With Help From a Tampa Professional Licensing Lawyer

Professional engineers have a lot to think about when they create new products. Today’s electronics significantly impact humans and can come with negative consequences.

Engineering can come with legal ramifications. Protect your license with help from Tampa professional engineers licensing lawyer David P. Rankin. He has represented more than 100 Professional Engineers before the Florida Board of Professional Engineers. Schedule a consultation by filling out the online form or calling (813) 968-6633.