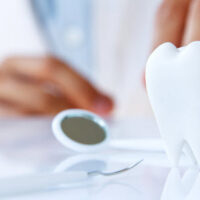 A person’s actions outside of work can lead to penalties involving one’s career. Licensed professionals, such as doctors and dentists, are bound by ethics, whether they are on the job or not. They can face license suspension and other penalties if they fail to do so.

A Florida dentist is facing harsh consequences after he was caught with drugs in his luggage while at an airport. The 41-year-old man from Tamarac was found with marijuana and hashish oil in his suitcase in June 2018 while he was at Palm Beach International Airport and getting ready to depart to New York.

The dentist fully cooperated with police as he was detained. He admitted that he packed the suitcase and smokes marijuana and oil on a regular basis. He had bought the drugs in Colorado, where they’re legal. He then used FedEx to deliver the drugs to his home in Florida. The man also told police he had another ounce of marijuana at home.

The dentist did not board the flight. Detectives had other plans. They went with the man back to his house. The man gave consent for police to search his house. He willingly showed them where he kept his marijuana, oil, pipes and bongs. He also showed police a container in his refrigerator with six cookies inside. He claimed the cookies contained marijuana. A field test gave a positive result for THC. The dentist also showed police his green butter which contained marijuana. He also had hash in his BMW.

The Florida Department of Health had executed an emergency suspension order on the man’s license. However, it was dropped on July 22 after he pled guilty/best interest to possession of a controlled substance, which means that  while he did not admit guilt, he admitted that a guilty plea is in his best interest. His punishment was five years of probation, which he began on May 23. He was arrested on September 27 with bond set at $5,000. He posted bond the following day.

It is believed that 10-15% of dentists have a drug problem, which is no different from the general population. Any type of substance use—even marijuana—can cause a dentist to jeopardize their career, as seen in this case. Those who use drugs and alcohol in moderation are less likely to binge and experience excessive behaviors.

While many people believe that marijuana is not dangerous drugs, it is unethical to use, particularly in Florida, where recreational use is prohibited. State laws differ, so a person who buys marijuana in a state that is legal—such as Colorado—cannot bring it back to their home state and use it legally unless their state allows it.

Marijuana is not legal for recreational use in Florida. Licensed professionals who use the drug can face serious penalties, including license suspension.

If you are experiencing licensing issues, get help from Tampa dentistry license lawyer David P. Rankin. He has helped dentists and other licensed professionals in Florida hold onto their license. Schedule a consultation today by calling (813) 968-6633 or filling out the online form.