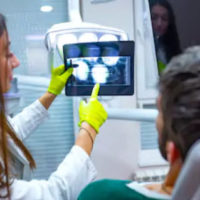 A licensed professional such as a dentist can have their license suspended for a variety of reasons. One common reason is substandard patient care, but a dentist may face license suspension or revocation for actions that may not seem as obvious, such as poor recordkeeping.

Poor recordkeeping and infection control violations recently got a dentist in trouble with the law. The dentist, from Washington, got his license suspended after an audit revealed inadequate patient records. In addition, the Department of Health conducted an infection control inspection and it yielded violations.

The man is prohibited from practicing as a dentist until the charges are resolved. He has just 20 days to respond to the charges and request a hearing.

The Board of Dentistry will discipline a dentist if certain criteria are not met. These criteria are based on laws, morals and ethics and are in place for the safety of patients.

Punishment will vary based on the severity of the violation as well as the type of violation. For example, if a dentist has a substance abuse problem, the Board may recommend rehabilitation in the form of inpatient or outpatient treatment.

The Board also has the ability to suspend or revoke licenses. It can also put a dentist on probation, allowing him or her to work under certain restrictions. For minor offenses, it may impose written warnings or fines.

There are several dozen ways in which a dentist can lose their license in Florida. The reasons are outlined in Florida Statutes Section 466.028 and include the following:

Dentists must not only provide excellent patient care but also abide by certain regulations, particularly when it comes to recordkeeping. Good records management is important for dentists and other licensed professionals who own businesses for legal and tax purposes.

Poor records management may not seem like a big deal, but it can lead to license suspension and revocation. Protect your license and livelihood with help from Tampa dentistry license lawyer David P. Rankin. He has helped dentists and other licensed professionals keep their licenses. Schedule a consultation today. Call (813) 968-6633 or fill out the online form.