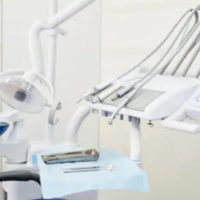 There are rules and regulations in place to ensure that those seeking a professional license or associated permits are indeed qualified to practice. This is especially true for dentists and other medical professionals who provide services to patients and could seriously injure them or even kill them if they perform a procedure improperly.

An Arizona dentist plotted an elaborate scheme to defraud his patients. The man obtained a permit to perform general anesthesia through forged degrees, signatures and documents. At his sentencing hearing on June 17, he cried as he explained that he did not set out to break the law, despite defrauding the state’s dental board for the past few years and taking steps to cover up the crime.

The dentist was able to obtain a 1301 General Anesthesia Permit. This is the highest level of anesthesia certification in Arizona, allowing a person to administer deep sedation to patients by any means.

The prosecution found the evidence against the dentist obvious. His residency agreement was created by a Microsoft Word template. However, after he was first arrested in 2018, the dental board ignored the evidence. In fact, for the past several years, the state’s dental board received multiple warnings about the man’s credentials dating back years. According to emails and other documents, board officials helped the dentist continue to practice by looking the other way.

On May 2, the man pled guilty to three felony charges. Despite the severity of the charges, he will not face any jail time. With help from his three attorneys, he was able to make a deal with the state’s attorney general’s office. Under the agreement, he will serve two years of probation, pay $30,000 in fines and serve 750 hours of community service. He is also forced to pay up to $2 million for the economic losses of his victims, although it is unknown if the dentist harmed anyone through his fraud. Unless he violates any part of his probation, he will not be sentenced to jail.

The man does have a dentistry license, which has been suspended since November 2018. In the coming months, it will be determined if the man’s license will be permanently revoked. He is no longer allowed to administer anesthesia, as he forfeited his permit.

While it does not appear that the dentist harmed any patients due to his forged documents, he still compromised patient safety. Licenses and credentials are a way of showing that a person has the education and experience to work in an occupation. The man chose to plan an elaborate scheme rather than obtain his license through the traditional route.

The man is lucky to avoid jail time. If you are facing similar administrative issues, do what you can to protect your career. Tampa dentistry license lawyer David P. Rankin has helped dentists and other licensed professionals hold onto their licenses. To schedule a consultation, call (813) 968-6633 or fill out the online form.