Dentist Sentenced to Prison for Hoverboard Use, Other Crimes 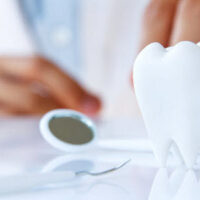 Do you think it’s safe for a dentist to be performing tooth extractions while using a hoverboard? Probably not, as many of us cannot even balance properly on such a device, let alone perform such an intricate task like pulling out a person’s tooth. However, that’s what a dentist did to a patient in 2016. He got his license suspended and now he is facing more than a decade behind bars.

The 35-year-old dentist from Alaska was recently sentenced to 12 years in prison for his hoverboard antics as well as other actions that breached the standard of care he is supposed to provide his patients. His dentistry license was suspended in 2017, but he continued to practice.

The dentist was technically sentenced to 20 years in jail, with eight years suspended. He will also face 10 years of probation once released. He will be unable to practice dentistry during that time.  He is scheduled to start serving his sentence on December 7. The judge was upset when handing down the sentence, claiming that the dentist “darn near killed some people.”

In January, he was convicted on 46 misdemeanor and felony counts, including medical assistance fraud, scheme to defraud, reckless endangerment and illegally practicing dentistry. In the hoverboard incident, from July 2016, the dentist performed a tooth extraction while riding a hoverboard. The female patient was sedated at the time. The incident was recorded on video. The dentist sent the video to eight people, telling them it was a new standard of care.

Surprisingly, the hoverboard incident was not even the worst part. The dentist also performed anesthesia on thousands of patients without proper training or consent. He also stole money from Medicaid and embezzled from his bosses.

The dentist apologized for his actions and asked the court to reconsider. He understands that what he did was wrong and was hoping for another chance to serve the community. The judge stood by his decision, calling the dentist’s actions “outrageous, narcissistic and crazy.” The evidence against the dentist was overwhelming, with a lot of it being the dentist’s own, photos, videos and texts. The judge said the dentist needed to learn a lesson.

Dentists, like other licensed professionals, must abide by a code of ethics. If they engage in behavior that endangers patients, they can face serious penalties.

Do you have complaints against your dentist license? If so, Tampa dentistry license lawyer David P. Rankin can provide you with the legal help you need. He has decades of experience helping dentists and other licensed professionals. Schedule a consultation today by calling (813) 968-6633 or filling out the online form.