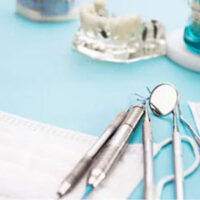 License professionals have a lot of regulations that they must abide by. A lot of these laws involve ethics. That’s because unethical behavior is not only illegal but also harmful to patients and can lead to penalties such as license loss.

A dentist is facing criminal charges after obtaining medication for herself. The 43-year-old oral surgeon then falsified records to hide her drug use. She faces two felony charges: drug possession with intent to deliver and possession of a controlled substance by misrepresentation. She also faces three misdemeanors: drug possession, tampering with evidence and refusal to keep records as required by law. She is currently free after paying $10,000 bail.

The investigation started in October 2018 after the dentist overdosed and police arrived at her home in Lower Makefield Township in Pennsylvania. She was found lying on the floor with a needle inside a vial of propofol near her. She had bruises on both arms as well as a puncture wound on her left arm. Police revived the dentist using Narcan.

Police also found ketamine and fentanyl in the home, as well as a tourniquet and needles in a bag in the bathroom. The woman was taken to a hospital, but she refused treatment. She left the hospital and returned home, even though the doctors advised her not to. When she got home, the police were still there seizing her drugs. The woman told police that she would have medication mailed to her home, then she would bring it to the office for her patients.

The dentist performed surgeries at Casey Dental on several occasions: June 24, 2018, August 4, 2018 and October 13, 2018. However, Drug Enforcement Administration regulations did not allow the woman to possess or administer controlled substances there. However, she was allowed to purchase and use them at certain locations. On June 12, 2018, and October 2, 2018, she legally purchased 10 vials of fentanyl from several locations in the area. However, it is unknown how she got them to the dentist office.

Casey Dental keeps records of sedation and anesthesia for patients. After her overdose, the dentist went to the office and changed the sedation records of those three surgery dates, claiming she did not sign them. She requested that the original records be deleted, but that did not happen. Investigators examined the changes between the two sets of records and discovered that the dentist increased the amount of medication used.

The U.S. Attorney’s Office ordered the woman to pay $150,000 to resolve allegations that she mishandled opioids and kept them for personal use. Her dentistry license was suspended in November 2018, but it was reinstated in June.

Keep Your License With Help From a Tampa Dentistry License  Lawyer

Dentists must act in a professional manner at all times. Taking medication from patients and falsifying records are crimes that can lead to serious penalties, including license loss.

Protect your dentistry license with help from Tampa dentistry license lawyer David P. Rankin. He can help you handle any complaints you may have against your license. To schedule a consultation, fill out the online form or call (813) 968-6633.