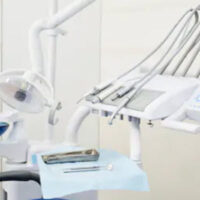 Dentists and other medical professionals must do what they can to protect their license. Their license is typically their livelihood. Without it, they cannot work or earn income. Therefore, they must act in a moral and ethical manner at all times in order to hold onto their license.

A professional can face licensing issues for a variety of issues, even if they provide great care to their patients. On September 24, a California dentist got her license suspended after a judge charged her with 75 counts of felony insurance fraud. If convicted, she faces 83 years in prison.

The dentist allegedly submitted claims for dental procedures she never performed, including more than 600 root canals. In the process, she defrauded insurance companies of hundreds of thousands of dollars.

The 58-year-old woman fraudulently collected more than $300,000 from eight insurance companies. The billing scheme took place over a three-year period. She was charged in June.

The dentist allegedly made some outrageous claims. She submitted claims for 28 root canals on one patient.  She also claimed more than 100 root canals on a family of four over a period of three months.

The dentist’s license has been suspended at this time. The Attorney General’s office is seeking a temporary suspension until the criminal case has concluded, as they did not want the licensing issue to cause an interference. However, the office will likely pursue revocation of the dentist’s license at a later date.

The dentist’s attorney argued that a suspension would prevent the dentist from working and earning her sole source of income. The dentist has lost patients since she was charged with fraud. She now has just 50 regular patients.

The lawyer also argued that the dentist should be allowed to continue to practice, since none of the allegations stemmed from substandard care and do not reflect her dentistry work. It was proposed to hire someone else to maintain her billing so that the fraud does not continue to occur.

Despite the lawyer’s pleas, the judge opted to suspend the dentist’s license at least until the conclusion of the criminal case. This because there were concerns that the dentist would continue to practice the very work that led to the charges.

The dentist is currently out of custody on her own recognizance. She is due back in court on October 21 for a conference.

Dentists have to abide by a code of ethics, just like every licensed professional. While they may not be harming their patients by engaging in billing fraud, they act immorally by putting more money in their pockets, often at the expense of taxpayers.

If you are facing issues with your dentist license, seek help from Tampa dentistry license lawyer David P. Rankin. He has the skills and knowledge to resolve your licensing matter. He has helped dentists and many other licensed professionals in Florida hold onto their licenses. To schedule a consultation, fill out the online form or call (813) 968-6633.