You’ve Defaulted On Student Loans. Can You Keep Your License? 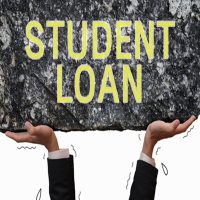 College is expensive, forcing many students to take out loans in order to pay their tuition costs. They are obligated to pay back their loans once they graduate from college, but many fail to do so.

Times are tough, with many people focusing on paying for basic necessities, such as food, shelter, medical care, and clothing. Student loan debt is not a high priority. Many go months without making a monthly payment. In fact, the current default rate is at 10%.

If you default on your student loan, though, it can impact you in multiple ways. For many people, student loan debt can result in professional license loss. This may seem ridiculous, but it is in fact a law in some states.

There are many proponents in favor of these laws, claiming that the threat of losing a professional license is an incentive to stay current on loan payments. Those against these laws, though, say that states should not use their licensing authority as a tool for debt collection. Also, the core purposes of licensing are to certify professional competency and protect public safety.

License suspension for default laws, also known as LSD laws, vary from state to state. It is unknown how many licensed professionals are affected by these laws, but it is in the thousands in some states (5,000 in Tennessee and 4,000 in Texas). These states tend to be aggressive with enforcement, while states such as Alaska, Massachusetts, Iowa, and Hawaii do not enforce their LSD laws.

Tennessee, Texas, Alaska, Hawaii, Massachusetts, Georgia, Iowa, and Kentucky do maintain laws requiring their state occupational boards to revoke licenses for defaulting on any type of state or federal education loan. Louisiana will revoke a license if the person has defaulted on an education loan issued by the state. Florida, California, Arkansas, Mississippi, and Minnesota will only revoke the licenses of health care professionals if they default on education loans. In Arkansas and Mississippi, the laws apply only to state health care education loans and scholarship agreements. Two states—Iowa and South Dakota—go even further and revoke all state-issued licenses, including driver’s licenses and hunting licenses.

However, many states are in disagreement with these laws and have taken steps to repeal them. The U.S. Senate and House are also taking action and have introduced companion bills that would prevent states from revoking professional licenses solely because someone defaulted on a federal student loan.

License suspension can happen in a number of ways. Each state has their own laws when it comes to professional license loss (as well as the loss of driver’s licenses and hunting licenses) for those who default on student loans.

If you are facing a disciplinary action regarding your license, talk to a Tampa administrative & professional licensing lawyer from The Law Offices of David P. Rankin, P.A. I can help you coordinate a solid strategy and defense so you can keep your license. To learn more about your legal rights, schedule a consultation today. Fill out the online form or call (813) 968-6633.