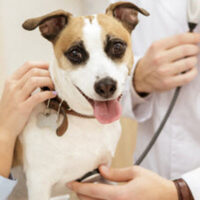 Some professions, such as veterinarians, require licenses. Getting a license can be a huge feat, but hanging onto it can be even harder for some people. Some people engage in crimes and unethical situations that can cause them to lose their license and put their career on the line.

A veterinarian in Connecticut recently got his license suspended by the state after being arrested twice in two years on animal cruelty charges. The 75-year-old man’s license suspension became effective on December 21.

The man is the sole veterinarian at Black Rock Animal Hospital, which he opened in 1977. On December 10, he was charged with animal cruelty after a 10-week-old puppy died while in his care. The veterinarian had left the dog on a heating pad for an extended period of time. The puppy died from overheating.

The veterinarian was arrested in 2019 for a similar charge. He allegedly performed unnecessary surgery on a limping dog. He has a court date set for March 10, 2021.

Back in 2000, the veterinarian had his license temporarily revoked for “unskillfulness” toward an animal. The man petitioned for reinstatement and his license was reinstated in 2003. The state board was under the impression that the veterinarian was able to practice “veterinary medicine with reasonable safety and skill.” Any pet owner who has been a victim of criminal conduct by the veterinarian should contact police.

A veterinarian can get their license suspended for various reasons. One primary reason is that the veterinarian lacks the necessary skills and knowledge to perform their job. If the vet is continually negligent, then they should not be working in a veterinary practice.

Neglect and abuse are also common. People expect that their veterinarian will give their pets the best care. If a veterinarian is intentionally harming animals or not giving them the medications or treatment they need, and it is causing the animals to get sicker or die, then they can lose their license.

Ethics is also an issue. A veterinarian cannot engage in fraud and other immoral acts, such as stealing medications. They also cannot commit crimes, particularly felonies.

Incompetence and impairment are also issues that can lead to license suspension. Working while under the influence of drugs or alcohol is prohibited. A veterinarian suffering from a mental disorder can lose their license.

Veterinarians can also face license loss for their actions outside of the workplace. In Florida, for example, a veterinarian can face license suspension for not paying taxes, child support or student loan debt.

Veterinarians are tasked with taking care of our furry friends. Many people treat their dogs and cats like their kids, so they expect the utmost care from veterinarians.

Those who neglect or abuse pets can face administrative actions and criminal charges. Protect yourself with help from Tampa veterinarian licensing lawyer David P. Rankin. He has more than 40 years of experience helping veterinarians and other licensed professionals. Schedule a consultation today by calling (813) 968-6633 or filling out the online form.