Veterinarians Could Face Punishment for Not Reporting Animal Abuse 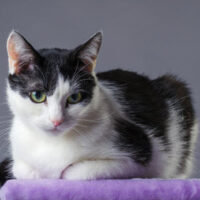 Miami Senator Jason Pizzo is backing a bill that could require veterinarians to report animal abuse to appropriate law enforcement officials. Those who fail to do so can face fines and license suspension.

Pizzo originally tried to push this bill through legislation nearly a year ago, but it died in the Rules Committee. He is now reintroducing this bill as Senate Bill 216, or Allie’s Law. It was named after a Boston terrier from Orlando named Allie that survived abuse. A man adopted Allie and took care of her until he passed away in November 2020.

Under current law, a veterinarian may report animal abuse violations without the pet owner’s consent. Under the bill, veterinarians would be required to report it. They can face certain punishment for failing to report suspected animal cruelty to animal control officers or police officers. Veterinarians could face fines or suspension or revocation of their licenses.

If Senate Bill SB 216 is successful, it would go into effect on July 1, 2021. It would apply to veterinarians who have “a veterinarian/client/patient relationship with the animal.” Vet techs would also be required to abide by the law if they work with a veterinarian who has an abused animal as a patient.  This means that if the vet or vet tech does not treat the animal, then they are not required to report the abuse.

Under the law, vets and vet techs who make a “good faith report” will not face employer retaliation, criminal liability, civil liability or professional disciplinary action. Employer retaliation or retaliation from the pet owner is a huge possibility, which is why many vets are afraid to report animal abuse. That’s why Puzzo is also backing another bill. Senate Bill 218 would shield those reports from public records requests so that vets and other animal treatment can avoid retaliation. This bill would also be effective July 1, 2021, if approved.

Ultimately, the state would have the burden of proving that the vet knew about the abuse but failed to report it. Even then, it would be hard to prosecute someone for failing to follow the law.

Veterinarians have a duty to protect animals. While they could report abuse in the past, the new bills would order them to do so. Many fail to do so due to possible retaliation, but now they could face license loss and other punishment.

If you are a veterinarian facing disciplinary actions, Tampa veterinarian licensing lawyer David P. Rankin can help. I have more than 40 years of experience helping veterinarians and other licensed professionals. Schedule a consultation today, fill out the online form or call (813) 968-6633.