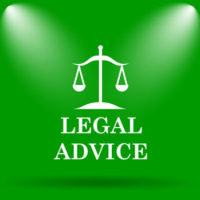 How would you feel if your construction project was approved by an unlicensed engineer or a person with Alzheimer’s, but you, the homeowner, was never told about his fraud? Wouldn’t you want to at least know about the situation rather than have county officials cover up this information? This type of situation occurred in Florida.

In 2015, Tampa-based Champion Foundation Repair Inc. made repairs to a home. The homeowner was aware that mistakes had occurred during the process, but was not immediately told that the project was approved by an engineer who had his license revoked a year earlier.

Under Florida law, engineers are required to submit sinkhole-repair documents to county officials. However, county staff do not inspect the repairs. The county is not liable for any issues, which is why an engineer is required for such projects. Engineers use their official stamp on plans to show that the work was done properly. The county relies on this stamp of approval.

However, a plans examiner became suspicious when the plans examiner came across plans that were signed and stamped by a retired Palm Harbor engineer who had been diagnosed with dementia and hardly ever left his home. The engineer’s stamp was found on hundreds of inspection reports and dozens of building permits. It was determined that the engineer did not work on these projects.

After learning that the retired engineer’s stamp was used fraudulently, the man’s family surrendered his license. The engineer who illegally used the engineer’s stamp denied any wrongdoing and was not charged with criminal activity.

The county office claimed to have notified the inspectors, sheriff’s office and the Florida Board of Professional Engineers about the fraudulent use of an engineering license. There were individuals  who should have been notified but were not: the homeowners. They were the ones who faced the most risk, given that their homes may not have been built in a manner that satisfied the building code given the fraud that had occurred.

If you are a Florida professional engineer who is facing discipline of your license such as suspension or revocation of your license, don’t fight this battle on your own. You need to understand your options. You cannot make a living without your license. Fortunately, the Law Offices of David P. Rankin, P.A. can help. I have 30 years of experience representing engineers and other licensed professionals. I have represented over 100 professional engineers in investigations and administrative proceedings before the Florida Board of Professional Engineering. Schedule a consultation by calling (813) 968-6633 or filling out the online form.