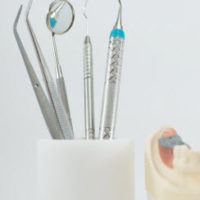 Last year, the nation was stunned to hear about a 4-year-old boy who died while under anesthesia at the dentist. The two dentists who owned the dental practice are now facing charges—including license suspension—for their lack of professionalism, which led to the boy’s death.

In March 2017, the boy was undergoing anesthesia as part of a dental procedure at Must Love Kids dental practice in Washington. After the procedure, the boy stopped breathing. He could not be revived even after he was taken to the hospital.

The dental practice did not have a contract in place with the anesthesiologist or the company. The state requires that dentists have contracts when doing business with subcontractors. These contracts must detail the requirements for training, monitoring, and equipment and facility use.

Because there was no contract in place, the dentists have been charged with unprofessional conduct, which is defined as negligence or incompetence that injures a patient. This gives the dentists 20 days to respond, during which time they can continue to practice dentistry until the charges have been resolved. If they are found guilty, they will face discipline of their license. They may be ordered to participate in additional training or even have their licenses suspended or revoked.

The dentists disagreed with the charges, claiming that they had an agreement in place, but it was not in written form. The anesthesiologist was also charged with unprofessional conduct for not using the required equipment or a trained and credentialed person to monitor the boy after the procedure.

What is Unprofessional Conduct?

Unprofessional conduct is a general term that can mean various things. It can mean performing dental procedures without a license. It can refer to failure to clean and sanitize the office area. It can mean providing patients with false claims. Unprofessional conduct may also include prescribing controlled substances for no valid reason. It can also mean something serious, such as practicing dentistry without a valid license or causing harm to a patient due to negligence.

If a dentist does not meet the standard of care, and causes injury or death to a patient, he or she can be charged with malpractice. A dentist can be sued for damages such as medical bills, disability, loss of income, pain and suffering, and more.

Keep Your License with Help from a Tampa Dentistry License Lawyer

Dentists and other professionals who use contractors in their business need to make sure that they have contracts in place before allowing them to perform services. When there is no contract, the licensed professional may become liable for the contractor’s actions. This can lead to fines, license suspension and even revocation.

If you are a licensed Florida dentist facing license loss for unprofessional conduct, you need to take the appropriate steps to keep your license. The Law Offices of David P. Rankin, P.A. has 30 years of experience representing dentists and other licensed professionals who are facing punishment from the state board. Schedule a consultation by contacting my office at (813) 968-6633 today.