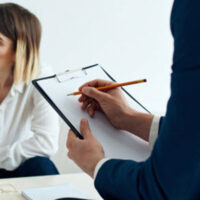 Teens and young children are vulnerable. They want to be accepted and loved. Because of this, many will do things that are unethical or unacceptable to get approval from an entrusted adult.

Unfortunately, adults in positions of trust – such as therapists, doctors, teachers, coaches and police officers – will sometimes take advantage of children to get what they want. Some feel attraction to these younger victims and coerce them to engage in sexual activity. That was what a Florida therapist did and now he is behind bars. He will face his punishment at a trial next year.

The 36-year-old South Florida man, a licensed therapist, is accused of molesting and raping a 14-year-old girl who was one of his patients. The girl has allegedly been raped by the man since 2019. The rape incidents occurred several times in various location, including the girl’s apartment, in a stairwell and in the therapist’s own vehicle. The abuse began in January 2020, when the victim was just 13 years old.

When COVID-19 hit Florida, the abuse continued. Although the therapist could not meet up with the girl in person, they continued to have therapy sessions over video calls. The man would have the girl perform virtual sex. The man discussed wanting to continue the previous sexual experiences that he had with the victim, according to detectives.

The man was working for an agency. He would meet with patients at their schools, daycares and homes. He was later fired from that agency. When the girl’s mom found out, she learned the reason.

The man was arrested on November 8 and charged with lewd and lascivious conduct with a child under 16. The man was not given bond and will therefore have to stay in jail until his trial, which may not be until late 2021.

Many people who have experienced sexual abuse in their lives seek help from psychologists. The irony of this is that many patients are actually abused by psychologists.

Licensed professionals pledge to use ethics and morals when performing work duties. When they deal with the public, they have to have self-control. Otherwise, they can harm others and face penalties, such as license loss.

A psychologist or therapist who faces disciplinary action has a tough road ahead. For the best chance of success, contact Tampa psychologist licensing lawyer David P. Rankin. He has more than 40 years of experience helping people in your situation. Schedule a consultation today by calling (813) 968-6633 or filling out the online form.