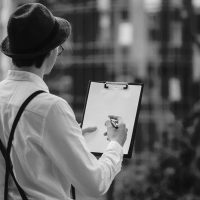 When a building collapses for unknown reasons, people often look to contractors, designers, architects, and others involved to find the source of the issue. Architects especially have a huge role during the planning and design phases. If they don’t do things in an ethical manner, they can face license suspension and other penalties.

This was the case even back in the 1960s for the architect for the Champlain Towers South, a 12-story condo in Surfside. The condo suddenly collapsed on June 24, killing 98 people. Even though the condo wasn’t built until 1981, the architect, William Friedman, had his license suspended 14 years earlier for gross incompetence.

In 1967, Friedman’s architect license was suspended for six months by the Florida State Board of Architecture after his design—a Miami commercial building with sign pylons on top—collapsed during Hurricane Betsy in 1965. The board determined that the pylons were “insufficient and grossly inadequate” to withstand the force from the hurricane. Also, the pylons did not meet building code regulations for “accepted standards of architectural practice.”

The board—which consisted of five members—found Friedman guilty of “gross incompetency” and in violation of Florida law for his careless design involving the pylons. He tried to appeal the suspension, but was denied. The suspension lasted from June 1, 1967, to December 1, 1967.

The exact cause of the Surfside condo collapse is still under investigation. It is unknown if Friedman’s design played a role.

Obligation of an Architect

When you choose an architect for your home or other structure, they will be responsible for successfully completing it. Architects are not perfect; nor are they supposed to be. Mistakes happen quite often, but they are typically minor ones that do not rise to the level of incompetence or malpractice. All that matters is the final result is a safe, well-constructed building that meets your purpose.

At a minimum, an architect is required to do the following:

If an architect fails to do any of the above, they could be deemed negligent. They could be sued by the client, particularly if the building turns out to be unfit for the public. The client may face significant financial loss, especially in a worst-case scenario in which the building has to be demolished.

Keep Your License With Help From a Tampa Architect Licensing  Lawyer

Architects are responsible for planning and designing buildings and structures of all sizes. During these processes, they must keep the welfare and safety of the public in mind. When they don’t, serious injuries and death can result.

Architects can face license suspension and other administrative issues. Get legal help from The Tampa architect licensing lawyer David P. Rankin. To schedule a consultation, fill out the online form or call (813) 968-6633.