Realtors Urging Change After Past Discrimination 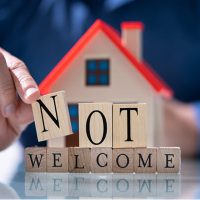 When people think of discrimination, they may imagine employment situations. However, housing is another area in which discrimination occurs often. And while federal laws prevent it, it does still happen from time to time.

The good news is that many Realtors are ethical. They know that discrimination is unfair, with many even going so far as to apologize for past incidents.

Under the Fair Housing Act, direct providers of housing, such as landlords, real estate companies, banks, and homeowners insurance companies cannot discriminate against renters or buyers based on their race, color, national origin, gender, religion, family status, or disability. Despite this, African Americans are common victims of discrimination. Many deal with it when they go to buy or sell a home. Their homes are often appraised as less than homes of people from other races. Their offers may get rejected.

Two years ago, in St. Louis, a man’s four-bedroom home was appraised at $150,000, which was less than the $175,000 he was asking for. A bank would not issue a loan for the asking price. The man looked at the appraisal report and the photos were not even of his home.

Incidents like these have led to remorse in the real estate industry. In 2020, the National Association of Realtors issued an apology for past discriminatory practices. St. Louis Realtors has issued a formal apology. Realtor groups in cities such as Chicago and Atlanta have done the same.

St. Louis was notorious for housing discrimination in the mid-1900s. Segregation was still an issue. Black applicants were often denied mortgages, while white homeowners were encouraged to move once African Americans moved in. Certain parts of St. Louis became “redlined,” which means it was extremely difficult to get loans. One example in the area is Delmar Boulevard, which infamously draws the line between predominantly white and Black areas of St. Louis.

For example, even today, it’s still hard for a bank to finance any homes north of Delmar Boulevard.

Meanwhile, a previous provision of the National Association of Realtors’ Code of Ethics seemed to encourage racism. Between 1924 and 1950, realtors were explicitly instructed to avoid introducing certain races or nationalities into a neighborhood if their presence would be detrimental to property values in that neighborhood.

The housing industry once saw a lot of discrimination, which is why there are now federal laws in place to prevent it. Real estate brokers know that things were different back then and are now trying to make amends.

A Tampa real estate broker license lawyer from The Law Offices of David P. Rankin, P.A. can help you avoid administrative issues so you can keep your license.  I have been involved in several hundred license discipline proceedings before the Florida Real Estate Commission and was the attorney for the Greater Tampa Realtors for 18 years. Schedule a consultation by filling out the online form or calling (813) 968-6633.