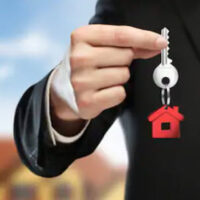 Unfortunately, racism is still alive in the United States. Individuals and corporations still discriminate against people of different colors and religions. Many are not punished for their actions, but some are. In fact, some licensed professionals even lose their jobs and licenses over racist speech.

A recent example of this is a Realtor from Arizona. On October 23, the Realtor confronted two black men who were outside his condo. The two men were taking pictures outside and the Realtor asked to see them. One man, a YouTuber, replied that it was none of his business.

The Realtor said there have been recent problems in the neighborhood but the YouTuber replies that even white people can engage in fascist activities.

The Realtor told them to leave and that they were not welcome due to their skin color. The Realtor proudly proclaimed that he was racist and that his home was a “no-n—-r zone.”

The YouTuber filmed the incident and posted it on social media. It quickly went viral and led to the Realtor getting arrested for disorderly conduct.

But that wasn’t all. The real estate agent also lost his job over the incident. He was fired from his job at Russ Lyon Sotheby’s Real Estate Agency for his comments. The real estate company is taking the incident seriously. It informed the Arizona Department of Real Estate about the situation and is asking that the man’s license be revoked. The man had not sold a home with the company for the past two years.

The Realtor regrets his racist rant and admits he should not have said what he said. The YouTuber found it hard to replay the situation. While he remained cool and collected during the incident, he was angered by it and couldn’t believe it was happening.

This is not an isolated case. Racism is alive and well in the real estate world. Not everyone is treated the same by real estate agents. Unfortunately, your opportunities are determined by your skin color. In one test, minorities were shown fewer properties than white people. Hispanics, however, were treated almost as equally as whites. Blacks and Asians saw the most discrimination.

This is a huge issue. When not everyone is given the same opportunities, minorities often must limit their searches to poor neighborhoods and put their kids in not-so-great schools. This limits education and earning power.

Real estate brokers work with people from all walks of life. They cannot engage in racism or discrimination.

Don’t let a poor choice of words ruin your career. Keep your real estate license with help from Tampa real estate broker license lawyer David P. Rankin. He has been involved in several hundred license discipline proceedings before the Florida Real Estate Commission and was the attorney for the Greater Tampa Realtors for 18 years. He will assist you with any administrative issues you may face as a licensed professional. Schedule a consultation today. Call (813) 968-6633 or fill out the online form.