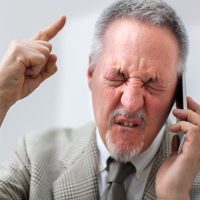 When you’re a licensed professional, you need to act like one. When you have a disagreement with another party, you need to hash things out with them like an adult. What you shouldn’t do is harass them on Facebook.

Sivan Ilamathi, a real estate broker from Philadelphia, didn’t get this memo. Upset that an ethics committee hearing didn’t go his way, the broker started trolling Ori Feibush, who is a real estate developer as well as a candidate for Philadelphia City Council. Apparently the two had a spat over a property that Feibush owned and Ilamathi claimed that Feibush said and did a lot of nasty things to him, although it is unknown what exactly went down.

The argument started after Ilamathi filed an ethics complaint against Feibush over a phone call the two had regarding Ilamathi’s client and a Feibush property. He claimed that Feibush violated Article 3 of the National Association of Realtors Code of Ethics, which states that realtors and brokers should cooperate with each other. However, the committee found that Feibush did not violate any code.

This angered Ilamathi, who started posting nasty messages about Feibush and his family online. He even went after Feibush’s young children, claiming that one of his kids had sh*t on his face. It turned out to be a benign growth called a hemangioma on his daughter’s face.

Feibush grew tired of the comments, especially since they are ruining his reputation. He is running for city council, plus he claims he has never even met Ilamathi. He says he has never met anyone like this in his professional career.

Word got out about the offensive comments. Ilamathi, who had been an agent with Keller Williams Philadelphia for around four years, has since been fired from his position. Keller Williams also apologized to Feibush for the man’s behavior.

Professionals need to be wary of how they treat others. Harassing people is not a great way to win people over and as seen in this case, a broker lost his license.

Ethics codes are in place for a reason. If you have been accused of violating them, your license is at risk. Seek legal help from a Tampa real estate broker license lawyer from The Law Offices of David P. Rankin, P.A. I have been involved in several hundred license discipline proceedings before the Florida Real Estate Commission and was the attorney for the Greater Tampa Realtors for 18 years. To schedule a consultation, call (813) 968-6633 or fill out the online form.