Psychologist’s License Suspended Due to Allegations of Sexual Misconduct 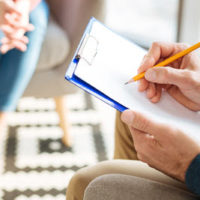 Many licensed professionals act in a professional manner at all times, making sure to never cross the line when it comes to patient care and dealing with clients. However, acting in a moral and ethical manner is easier said than done.

Sometimes professionals get too friendly with their patients. They may flirt with them or touch them in an inappropriate manner. This friendliness often crosses the line and leads to license suspension and revocation.

A psychologist’s behavior has caused him to lose his license. The Michigan man is facing license suspension for professional misconduct after patients have come forward with allegations of sexual misconduct. Since 2009, the psychologist has behaved inappropriately with 10 patients on numerous occasions. The inappropriate behavior included sending sexually suggestive messages, providing medication in exchange for sexual contact, asking patients for sexually explicit photos and sharing confidential information about other patients.

In all, the psychologist has violated nine separate Public Health Code sections. He is being accused of lacking moral character, incompetence, negligence, betraying professional confidence, providing services in exchange for sexual favors and engaging in sexual conduct with patients while acting as a medical professional.

An administrative complaint and summary suspension was placed on the man’s Michigan psychologist license. The man, who has been a psychologist since 2009, owns Superior Psychological at several locations throughout the state. His practice is registered as a non-profit organization even though he is not involved in any charitable work. His services are often billed under a corporation, even though he does not have a supervising psychologist in attendance at any of his facilities.

What is a Summary Suspension?

The psychologist in this case received a summary suspension. A summary suspension is implemented once allegations are received but before a full hearing takes place. It is an emergency ruling that is put in place to protect the safety of the public.

When a licensed professional receives a summary suspension, they are being punished without a judge or other authority hearing their side of the matter. In some cases, the person accused of these charges is actually innocent and is having their license suspended unnecessarily. This is why it is important for a person who receives a summary suspension to seek legal help and challenge the suspension. Even if you challenge the suspension and are not successful, you will be given the right to a full hearing. A full hearing should be scheduled in a reasonable amount of time given that a suspension creates a financial hardship for a licensed professional.

Psychologists are frequently put in positions where they must help clients deal with mental and emotional problems. They are put in a position of authority, which sometimes enables them to take advantage of their clients. They may even develop attractions to their patients, which goes against the code of ethics for psychologists.

If you are a Florida psychologist who is facing license loss for moral, criminal or ethical reasons, seek legal help right away. A person can face fines, license loss, probation and other penalties.

David P. Rankin has 30 years of experience helping people in your situation. He has represented psychologists and other licensed professionals. Call his office at (813) 968-6633 or fill out the online form to learn more.