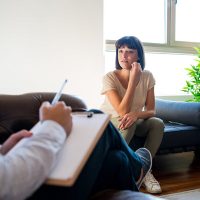 It’s important for psychologists to give clients the help they need to overcome their mental issues and regain the ability to function normally. However, some get a little too involved with their clients and may even have personal relationships with them outside of the office visits. This was the case for a psychologist in Washington, who actually “adopted” his adult female client.

Earlier this year, the 61-year-old psychologist had his license suspended indefinitely after the Department of Health determined that he put his client at risk of harm. He had held his license for more than 30 years.

In 2011, the client, who was in her late 30s at the time, started seeing the psychologist and was diagnosed with dissociative identity disorder, which involves multiple personalities. She had 130 therapy sessions with the psychologist and the two grew close as she disclosed that her husband died and she had no family. She also had no car or home. The psychologist offered to be the woman’s family.

The psychologist informally adopted the woman and the two even bought guns together. They obtained permits and attended safety classes together.

The two had multiple disputes in the psychologist’s office over the years, with police being called each time. In one dispute in a vehicle, the woman’s gun was confiscated by police. The psychologist allowed the woman to use his gun

This culminated in a mental health crisis for the woman in 2018. She was walking down a street and firing gunshots into the air. Police responded and found the woman walking in circles with a semiautomatic pistol. She eventually threw the gun to the ground after police ordered her to drop it. She was later arrested for reckless endangerment. A search revealed the pistol was registered in Olson’s name.

The woman also abused controlled substances. In one incident, police caught the psychologist giving the woman morphine. He claimed that she was suffering from opiate withdrawal.

Later that year, a judge signed a one-year extreme risk protection order for the woman prohibited from owning firearms due to mental health and drug addiction issues.

The Department of Health investigated the relationship between the psychologist and the woman and determined that it “blurred practitioner/client boundaries.” This was because the psychologist assumed a caretaker role for his client while failing to keep adequate records when the woman was in therapy.

The psychologist’s license has been suspended indefinitely. To get his license back, he must pay a $2,000 fine, take a professional ethics course, and complete three years of probation.

Psychologists need to have professional relationships with clients. Adopting them or becoming too personal with them in any way is not a good idea, nor is it ethical.

If you are a psychologist facing disciplinary action, don’t try to handle the situation on your own. Tampa psychologist licensing lawyer David P. Rankin can guide you through the process of resolving your issue. Call (813) 968-6633 fill out the online form for a consultation.