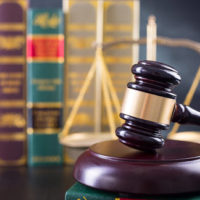 Like many people, licensed professionals are often motivated by money. After all, many licensed professionals—particularly those in the healthcare field—make six-figure incomes. But sometimes that’s still not enough. In a quest to make more and more money, some turn to illegal actions such as fraudulent billing. As a result, they lose their license and their livelihood.

A psychologist recently had his license suspended for engaging in fraudulent billing practices—to the tune of more than $800,000. The Michigan Department of Licensing and Regulatory Affairs suspended the 63-year-old Michigan man’s psychology license after he was convicted of billing for services that were never rendered.

On June 22, 2017, the man pled guilty to defrauding various health care programs of more than $800,000. He had engaged in the fraudulent billing between January 1, 2013 and June 30, 2016. He was billing for counseling sessions that never occurred and then covering his tracks by creating false treatment records.

The man implemented this scheme by creating relationships with legitimate patients. However, he would bill the patients’ insurance for counseling sessions that exceeded the billing rate authorized by the insurance company. Sometimes patients or the insurance company would notice the excess billings. The psychologist’s excuse was that it was an honest mistake or error from his billing software. When he was audited, he would provide fake counseling notes to show that the counseling session took place.

In November 2017, the psychologist was convicted of felony health care fraud and sentenced to 28 months in prison. Michigan law requires a licensed professional convicted of a felony to have his or her license suspended.

Keep Your License with Help from a Tampa Psychologist Licensing Lawyer

Immoral and unethical actions can keep you from practicing in the psychology field. You could face punishment from the state board, which may include verbal warnings, fines, probation and even license suspension or revocation.

If you are a licensed Florida psychologist facing punishment from the state board, act quickly to keep your license. Get help from The Law Offices of David P. Rankin, P.A., who has 30 years of experience representing psychologists and other licensed professionals. Contact my office at (813) 968-6633 to schedule a consultation.