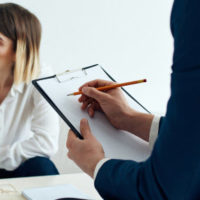 Spanking is often performed as punishment for misbehaving kids. Not many people consider it a form of therapy. But one psychologist did, and as a result, she is facing punishment herself, in the form of office closure and possible license loss.

It was found that the psychologist kept a whip and riding crop on display in her office. She also used these objects on at least 10 other patients. Medical students witnessed the spankings in the woman’s office. The woman also compared her patients to mules.

After finding no medical use for whips and riding crops in the psychiatric field, the state board suspended the psychologist’s license for a minimum of 60 days. In addition, she was fined $1,000 for each victim, for a total of $10,000.

The woman must close her office during this period of time. It is currently closed through at least July. To get her license back, she must take a two-day class on medical ethics. She must also be cleared by the Vanderbilt Comprehensive Assessment Program.

Once the psychologist is cleared by the program, she can petition to get her license back. If she is successful, she will be on probation for three years. The woman’s clinic was previously named the top mental health clinic in the area.

Psychologists must always act in an ethical manner. This means that a psychologist should not have a relationship with a patient outside of the office. This is one of the most common ethics violations. Any type of relationship can hinder their performance. Sex with a current patient is never acceptable. The current guideline is to wait two years after therapy ends.

There are also concerns about treatment. Psychologists tend to exert too much power over patients and therefore engage in therapy methods that are controversial. Causing physical harm to a patient is never acceptable.

Keep Your License with Help From a Tampa Psychologist License Lawyer

Psychologists are hired to help people with mental issues. While some licensed professionals have offbeat and unique ways of helping patients handle an issue or recover from trauma, it is important to treat the problem in an ethical way.

If you are a Florida psychologist who is facing license loss, seek legal help right away. The Law Offices of David P. Rankin, P.A. can assess your case and help you understand your options. It may be possible to get your charges dropped. I have 30 years of experience representing psychologists and other licensed professionals. Schedule a consultation by calling my office at (813) 968-6633 or filling out the online form.