Pig Dies During Routine Procedure – Is it Veterinary Malpractice? 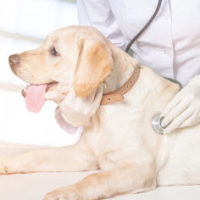 Like doctors, veterinarians are often called upon to perform complicated surgeries and procedures that they don’t do often. In these cases, there is a risk of complications. Sometimes the animals end up seriously injured or even die.

But what if an animal dies during a routine procedure? Can the veterinarian face punishment? It’s possible if the vet’s negligence led to a worsened condition or even death.

A Florida woman is mourning the death of her beloved pig, who died while getting neutered—a common procedure that takes just 30 seconds. She called Roadrunner Veterinary to neuter her 4-month-old pig. The mobile vet came by her Brandon home on December 27 to perform the procedure. The procedure ended in the pig’s untimely death.

The pig bled out shortly after the procedure. Instead of caring for the pig, the vet left the scene. Blood still remains on the house porch, where the neutering was done. The woman has filed a complaint with the Florida Board of Veterinary Medicine.

Research showed that the vet has quite the criminal history. The man’s license was suspended 10 years ago for allowing another animal to bleed to death. He did 10 hours of continuing education as punishment. Around that same time, he was charged with grand theft for stealing an animal and filing a fraudulent insurance claim. The charges were later dropped.

In another incident, the vet faked a horse’s death and attempted to keep it. He was given probation and ordered to pay a fine.

The vet did reach out to the pig’s owner and offer to pay for his cremation, but the offer was declined.

What is Veterinary Malpractice?

Veterinarians who do not provide a professional standard of care to their customers’ pets may face malpractice claims. Veterinary malpractice occurs when all four of the following elements have been met:

Standard of care refers to reasonable skill, attention and diligence that other veterinarians would exercise in the same situation. In malpractice cases, experts are often used to determine whether the standard of care was met.

Florida residents love their pets and they depend on veterinarians to provide them with the best care possible. When their beloved dog, cat, bird, pig or other animal dies from their vet’s negligence, it can be devastating. Many will take action so that the vet is punished and unable to treat other animals in such a negligent manner.

If you are a Florida veterinarian facing punishment from the board, you need someone on your side. The Law Offices of David P. Rankin, P.A. can help you keep your license. I have 30 years of experience representing veterinarians and other licensed professionals. Call my office today at (813) 968-6633 for a free consultation.