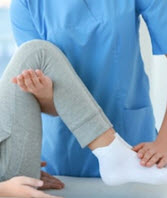 Like others in the medical field, physical therapists have a duty to act in an ethical manner at all times. Even though they work with patients’ bodies to help them with mobility issues, they cannot touch patients inappropriately. If they do, they can face penalties such as license suspension or revocation.

A physical therapist in Washington pled guilty to sexual misconduct after inappropriately touching two women at senior living facilities. The physical therapist’s license was suspended by the state’s Department of Health.

In 2020, the 46-year-old physical therapist originally pled not guilty to indecent liberties and fourth-degree assault. He posted a $3,500 bond and was released from police custody. He later pled guilty to two felony counts of indecent liberties. This type of criminal charge covers almost all forms of illegal sexual contact except sexual intercourse.

Just a few days later, a woman at another senior living facility—Tri-Cities Retirement Inn—then reported that she had been sexually assaulted by the man in November 2019. The 78-year-old woman was the physical therapist’s patient and she claimed that he had touched her inappropriately during the course of 7-8 treatment sessions. The woman would try to pull away from the man each time but he would put his hand on her and tell her to stop doing that.

The physical therapist also exposed himself to the patient once. He also asked the patient to touch his genitals but she refused. Although the man never used force, the patient was scared because she was alone with him during each therapy session.

The man’s physical therapist license had expired in March 2020. He was eligible to renew it until the state became aware of his crimes and decided to suspend the license. He last renewed his license in March 2019. He originally got his license in 2005. Although the man is primarily an in-home physical therapist, he also offered his services to residents in local nursing homes

Physical therapists help patients regain mobility after an injury or illness. Because they work with a person’s body, they need to act appropriately or they could be have their license suspended or revoked.