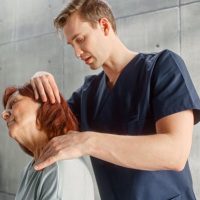 Physical therapists must abide by ethics and laws when treating patients. Since they are often required to touch patients in order to help them with pain and mobility following a surgery or injury, they have to make sure they do so without violating any laws. This means avoiding sexual abuse.

A physical therapist from Louisiana who has been accused of sexually abusing clients for many years will avoid prison time. He struck a deal with prosecutors, even though he admitted to breaking the law.

The 58-year-old man, who initially faced criminal charges of sexual battery, recently pled guilty to six counts of second-degree battery. He does not have to serve any time in prison, but he must serve three years probation. He must also follow more than a dozen terms listed in his plea agreement, such as never working in the physical therapy field or any other patient-facing field ever again, having no contact with victims, and undergoing a psycho-sexual evaluation.

The investigation started after two women initially came forward accusing the physical therapist of sexual abuse. Those reports drew the attention of other clients who also suffered abuse by the man.

While the physical therapist did get punished for his actions, his victims wished he would have gotten a harsher sentence, particularly one that included jail time. However, the plea deal confirms that the victims did not have to testify in court, so it was a win-win situation for all involved. It was overall a successful outcome for the women and their families.

While the criminal trial has ended, the physical therapist is being sued by some of the women in civil court. Those cases are ongoing. The incidents brought scrutiny upon how Louisiana regulates physical therapy businesses.

The incidents began in 2017, with the physical therapist originally arrested in 2019. In one case, he touched a patient inappropriately during a physical therapy appointment for neck and shoulder pain. He did not have the patient’s consent, nor did he use gloves.

A second woman saw the physical therapist to address a curve in her spine. The man pulled up her dress, pulled down her underwear, and touched her genitals without her consent.

Physical therapists engage in physical contact with clients to help them relieve pain and regain mobility and function. When they touch clients inappropriately, they can face license suspension, criminal charges, and other penalties.

A Tampa physical therapist license lawyer from The Law Offices of David P. Rankin, P.A. can help you keep your license. We help licensed professionals with their transactions. To schedule a consultation with our office, call (813) 968-6633 or fill out the online form.