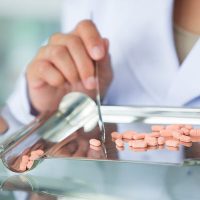 Pharmacists work with a variety of medications and while it may be tempting to sell them or keep some for themselves, doing so is not only unethical but illegal. A pharmacist can lose their license and face other penalties.

A pharmacist had her license suspended on February 28 after it was discovered that she stole pain medications from a Publix store in the Miami area. The woman worked as a floating pharmacist for three stores in the South Florida area—two in Doral and one in Pembroke Pines.

According to the emergency suspension order (ESO), the pharmacist stole the 65 tablets for personal use. She only took tablets that combined acetaminophen and oxycodone, this is a controlled substance that has a high potential for abuse. The 65 tablets were stolen over the course of three thefts. She was not intending to sell them.

Publix staff began their investigation after they noticed the stolen tablets on December 17. On December 20, when the pharmacist was confronted by Publix staff, she admitted to stealing the tablets between December 9, 2021, and December 17, 2021. She also admitted to altering the counts to conceal the theft and claimed that she stole the tablets for personal use.

The 41-year-old pharmacist has been charged with petit theft and is currently in a deferred prosecution program. She was also arrested for organized scheme to defraud, but prosecutors never filed that charge.

A pharmacist can get their license suspended or revoked in a variety of ways. One common way is not renewing their license in a timely manner. Licenses have expiration dates and once they expire, they are no longer active, which means that pharmacists cannot legally use them. In order to become active again, these licenses have to become reactivated, which can be costly.

However, licenses are often suspended for more serious issues, such as fraud. Fraud is common in pharmacies, as pharmacists have access to drugs that are potent and have a high potential for abuse. Many steal these drugs to resell or use. Fraud may also involve deceptive billing practices.

Incompetence is another common issue. Pharmacists must be accurate and this means filling the correct medication and dose. They must also be aware of known allergies and interactions. Failure to do so can lead to deadly consequences.

Committing any type of crime can also lead to license loss. Pharmacists must obey the law at all times and act ethically.

Pharmacists and others in the medical field need to abide by the highest ethical standards at all times. They are dealing with the lives of patients and must act accordingly.

A Tampa pharmacist license & pharmacy permit lawyer from The Law Offices of David P. Rankin, P.A. can assist you with complaints of misconduct against your license. I have more than 30 years of experience addressing these administrative matters. Schedule a consultation today by filling out the online form or calling (813) 968-6633.