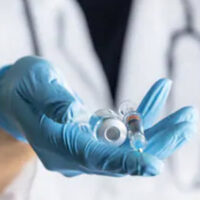 Many Americans are clamoring for the COVID-19 vaccine. People of all ages and in all states are hoping to be one of the first to get their vaccine so they can protect their health and not get the deadly virus. However, there has been a shortage of the vaccine and the fact that a pharmacist intentionally wasted hundreds of doses of the vaccine just made matters worse.

A Wisconsin pharmacist has been accused of wasting 57 vials of the Moderna COVID-19 vaccine because he thought it wasn’t safe. This was the equivalent of more than 500 doses. The pharmacist’s license was suspended by the state board on January 13.

The man was working as a pharmacist at Advocate Aurora Health, near Milwaukee, when he was arrested in December 2020. An investigation showed that he had spoiled 57 vials of the Moderna vaccine. His license was suspended. During this time, he cannot work as a pharmacist.

The Moderna vaccine can be outside refrigeration for up to 12 hours. Employees were able to vaccinate 57 people before discarding the rest of the doses. The discarded doses were reportedly valued at as much as $11,000.

The pharmacist’s reason for spoiling the doses was that he was a conspiracy theorist and believed that the vaccine could hurt people by changing their DNA. This is actually a false claim that many people have about the vaccine. Experts say there is no truth to the claim that these vaccines have the ability to genetically modify humans.

The Moderna, BioNTech and Pfizer vaccines all rely on messenger RNA, also known as mRNA. These vaccines work by training the immune system to identify the spike protein on the surface of the coronavirus and create an immune response. Experts have said there is no truth to the claims that the vaccines can genetically modify humans.

On top of that, the pharmacist was dealing with personal issues. He was upset because he and his wife were in the middle of a divorce. An employee also mentioned that the man had brought a gun to work on two occasions.

Criminal charges may be pending if the vaccines are deemed ineffective. The pharmacist has been released on a $10,000 signature bond. He has been ordered to surrender his firearms. He is also not allowed to work in the healthcare industry and have any contact with Aurora employees.

Pharmacists have a tough job. They must ensure they dispense medications accurately and prevent them from spoilage. Being careless and wasting medications can lead to various penalties.

Keep your pharmacist license with help from Tampa pharmacist license & pharmacy permit lawyer David P. Rankin. He can assist you with any administrative issues you may face. Schedule a consultation with his office today by calling (813) 968-6633 or filling out the online form.