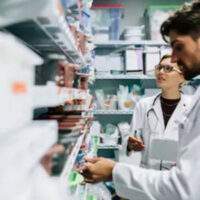 Pharmacists are in charge of filling medications. Because they are in contact with so many drugs, they need to be ethical with their usage. They cannot substitute other medications, use these prescriptions for personal use or advise patients on how to kill themselves.

While this may seem obvious, some pharmacists bypass these laws and engage in unethical behavior. A pharmacist in Michigan has seen his license suspended after assisting a man with his suicide attempt.

The pharmacist’s license was suspended over the summer after the state received a claim that the pharmacist had helped a patient attempt suicide in 2019. The pharmacist worked at Stadium Pharmacy, located on W. Stadium Boulevard in Ann Arbor. The pharmacy was ordered to shut down on July 29 and has been shuttered ever since. According to the Licensing and Regulatory Affairs Bureau of Professional Licensing Board of Pharmacy Disciplinary Subcommittee, the pharmacist had violated several state laws for drug diversion, incompetence and lack of good moral character.

The incident began on November 1, 2019, when a patient suffering chronic pain entered the pharmacy and asked the pharmacist for assistance in killing himself. Instead of refusing to help, the pharmacist told the man how to successfully commit suicide He even sold him the medications to do so, which was a violation of the public health code. The man’s doctor confirmed that the man was not prescribed the drugs the pharmacist gave him.

On November 5, the patient followed the pharmacist’s instructions on how to kill himself, but he survived. He woke up at a local hospital and immediately told police about the incident. He also provided law enforcement officials with the vials and syringes he obtained from the pharmacist.

On July 8, an investigator interviewed the pharmacist, who admitted that he sold the man drugs to help him commit suicide and showed him how to do it. The pharmacist also did not tell the man’s doctor that he was suicidal.

The pharmacist is facing other violations. He is also accused of giving his girlfriend 40 Norco pills. He illegally accepted the drug Gabapentin from two of his customers, in addition to other opioid reporting violations. In addition, the pharmacist did not renew his Michigan Automated Prescription System password, which is required by the state to detect opioid abuse. B

The pharmacist is facing numerous other violations including not maintaining a refrigeration log, storing controlled substances in an unlocked box, selling pseudoephedrine without maintaining proper records and allowing an unlicensed technician to perform pharmacy tasks.

State officials had approved a suspension of the pharmacist’s license. However, a settlement has been reached between the pharmacist and the state. He does, however, face two misdemeanor charges for unlawful dispensing of a controlled substance. He is scheduled to be arraigned on December 16.

Pharmacists have a big responsibility. They need to be careful or they can harm others with their actions.

If you are a pharmacist facing disciplinary action, seek legal help from Tampa pharmacist license & pharmacy permit lawyer David P. Rankin. I have more than 40 years of experience helping licensed professionals. To schedule a consultation, call (813) 968-6633 or fill out the online form.