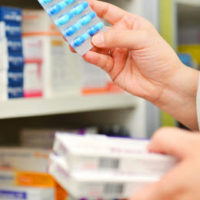 Many licensed professionals abuse the health care system to some extent, but very rarely does someone commit millions of dollars in fraud. One pharmacist did just that, until he was caught. He is now in prison and has his license suspended.

The pharmacist’s crimes were committed from October 2009 to April 2014. They involved charging insurance companies for prescriptions that the pharmacist never dispensed. He allegedly conspired with others and engaged in kickbacks and bribery to encourage patients to bring their prescriptions to his pharmacy, Eddie’s Medical Pharmacy. He then used interstate wire to submit claims to Medicaid and Medicare.

Fraud is rampant in the health care field, costing billions of dollars every year. There is even a Medicare Fraud Strike Force that investigates cases of fraud.

Abuse of pharmacy benefits is the most common type of health care fraud. Much of the fraud involves pharmacists engaging in Medicare and Medicaid schemes. While the $6 million the man in this cases defrauded from Medicare and Medicaid may seem like a large sum of money, it’s not the biggest case. In one case, a pharmacist engaged in $50 million in fraud.

Health care agencies, patients and employees can all be victims of fraud. There are several common fraud schemes that pharmacists tend to use. One of them is the auto-refill fraud scheme. The pharmacist will refill a patient’s prescription—even if the patient did not request a refill—and bill Medicaid or Medicare. The prescriptions remain in the pharmacy, so the pharmacists can continue this scheme every month.

Drug switching fraud is also common. A pharmacist may switch from a liquid to capsules, for example, to make more money. Kickbacks and bribes are also common in the pharmacy community. Pharmacies may encourage patients—through gift cards and other rewards—to transfer their prescriptions to their pharmacy, allowing them to use the prescription to engage in fraud.

Keep Your License with Help from a Tampa Pharmacist License Lawyer

Using a professional license to profit from a financial scheme is against the law. If convicted, you will face serious penalties, including fines, license suspension or revocation.

If you are a licensed Florida pharmacist facing punishment from the state board, don’t fight the charges on your own. Act quickly and seek legal help from The Law Offices of David P. Rankin, P.A. I have 30 years of experience representing pharmacists and other licensed professionals. To schedule a consultation, contact my office at (813) 968-6633.