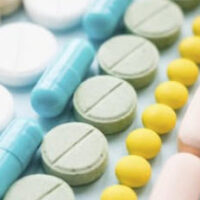 The United States is going through a serious drug crisis. Not only are Americans dying from overdoses caused by illegal drug use, but also prescription drug use. A major contributor to these fatalities is opioid overdoses. Approximately 130 people die from opioid overdoses in the United States every day. Opioids include Vicodin, OxyContin, morphine, codeine and fentanyl.

Pharmacists have a duty to avoid overprescribing of these highly addictive medications, but the truth is that sometimes pharmacists are the ones contributing to these overdose statistics. Case in point: a pharmacist in Texas was recently arrested for her role in an opioid scheme. The woman was convicted of two felony counts and sentenced to prison.

Police investigated the pharmacy for two years before the woman was arrested in 2014. The woman, her husband and four other people were under police investigation.

Police and the Texas State Board of Pharmacy became suspicious of the pharmacy’s actions, claiming that it was too lenient with its prescription drug distribution. The pharmacy attracted people from all over the state. In 2014, the woman even filled prescription from a dentist with an expired license. The amount of opioids the woman dispensed was extremely high and authorities caught on to the woman after they discovered that she also used the pharmacy to launder more than $200,000 from the drug scheme.

The trial began on October 7 and lasted 10 days. Not only was the woman arrested and charged, but so was her husband. He faces a charge of money laundering, a first-degree felony, for participating in the scheme. The man worked as an associate professor at the University of Texas at Arlington before his suspension by the school. His jury trial is set for 2020.

Is License Loss a Possibility?

A pharmacist or pharmacy accused and charged with unprofessional or criminal conduct can face various penalties, including license loss. Since those involved in such activities can face felony charges and prison time, the state board can take action to suspend or revoke their license as well. This can cause a person to lose their ability to earn a living, which can impact them financially in a number of ways. Given the wide range of penalties involved, those facing licensing issues should seek legal help right away.

Pharmacists have a duty to act in a responsible and ethical manner when dealing with prescription medications. Almost all drugs have some side effects involved. Plus, many, such as opioids, are highly addictive. Fatal overdoses are common, making lax drug dispensing a serious issue.

If you are a pharmacist facing administrative action for your actions, act quickly to protect your license. Tampa pharmacist license & pharmacy permit lawyer David P. Rankin has decades of experience assisting pharmacists and other licensed professionals. Schedule a consultation today. Call (813) 968-6633 or fill out the online form.