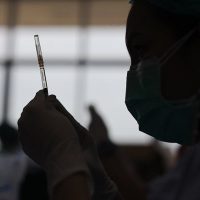 When we’re injured, we rely on nurses and doctors to take care of us. Sometimes medical staff do the best they can to help. In other cases, they can be neglectful and even abusive.

A 52-year-old nurse from Kentucky is accused of killing a 97-year-old man through “medical maltreatment.” On August 22, the nurse was indicted on a murder charge. Her nursing license was suspended that same day.

According to the indictment, the nurse caused the death of the man on April 30 after he had suffered a fall. The man, a veteran of World War II and the Korean War, was admitted to Baptist Health Lexington for treatment.

When the man became agitated and aggressive, the nurse requested medication to calm him down. However, the request was denied by both a nurse practitioner and a doctor. After the denial, the nurse gave the man medication anyway. She withdrew a vial of lorazepam meant for another patient and gave it to the man. When asked by a hospital employee, the nurse claimed that she had given the man “something special.”

The man was sedated, but another nurse later discovered him with labored breathing. Also, his oxygen saturation equipment was not monitoring him. The nurse later admitted she had disabled the equipment to prevent the alarm from going off.

Hospital staff was able to get the man’s oxygen level back up, but he developed pneumonia. He went into hospice care on May 3 and died two days later. His cause of death was listed as aspirational pneumonia.

The nurse admitted to giving the man the drug without permission. She was fired on April 30 and reported to the Kentucky Board of Nursing. She had worked at another hospital up until her arrest on August 22. She is currently in jail and held on a $100,000 bond.

What is Medical Maltreatment?

Medical maltreatment refers to abuse or neglect of a patient. It can be any action or failure to act that causes a person to suffer unreasonable suffering or harm. Abuse refers to physically striking or sexually assaulting a patient, while neglect includes the failure to attend to the needs of a patient, such as by not giving them food, water, or medication.

Patient abuse and neglect may occur in settings such as hospitals, nursing homes, and clinics. It can also occur during home-based care. Medical professionals who neglect and abuse patients may be deemed unfit to practice and have their medical license suspended. They may also face. criminal charges as well as civil cases, such as medical malpractice lawsuits.

Nursing is a tough job and sometimes medical professionals don’t always make the right decisions. Sometimes they engage in neglect, while some instances are intentional abuse.

If you are facing issues with your professional license, contact a Tampa nursing license lawyer from The Law Offices of David P. Rankin, P.A. I can help resolve your case effectively. To schedule a consultation, fill out the online form or call (813) 968-6633.