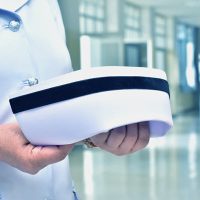 Patients who are sick or injured rely on nurses to provide them with the best care possible. However, this can be difficult when a licensed nurse has a criminal record and a history of immoral offenses, including patient endangerment.

A nurse who has a history of theft and alcohol abuse spanning decades recently had her license reinstated. The nurse, from Iowa, got her license reactivated by the state’s Board of Nursing. She had her license suspended after she was accused of multiple offenses, including theft, drunk driving, and patient endangerment.

The nurse’s criminal history started in 1989, when she pled guilty to theft and alcohol offenses. These offenses continued through 2002. Then, in 2003 and 2004, she failed to show up for work at a nursing home, endangering the safety of her patients. In 2005, the licensing authorities took notice.

The nurse then relinquished her license, with the board agreeing to reinstate it in 2011 under certain conditions. However, in 2015, the state board charged the nurse with having a mental or physical condition that makes nursing unsafe, based on four DUI convictions. It was also discovered that the nurse had used marijuana the previous year and suffered from severe alcohol-use disorder.

She was denied a nursing license in Colorado. However, she was able to obtain employment at a detox center in the state by fraudulently using her Iowa license. Because of this, in 2017, her license was indefinitely suspended.

In 2017, the nurse’s license was suspended for an indefinite amount of time. In August, the state board met and agreed to lift that suspension. The woman’s nursing license was reactivated, subject to a two-year probationary period. The nurse has agreed to abstain from alcohol and illegal drugs. She must also attend support group meetings, receive mental health counseling, and submit to alcohol and drug screening.

How a Nursing License Can Get Suspended

Nurses are required to maintain the safety of patients at all times. When they fail to do so, they can face disciplinary actions, including license loss, fines, and other penalties. A nurse can get their license suspended in the following ways:

Being convicted of a crime can lead to administrative issues and even impact someone’s professional license. So can drug and alcohol abuse, which can lead to patient neglect and endangerment.

If you are facing charges that can affect your nursing license, seek legal help from Tampa nursing license lawyer David P. Rankin. I can assist you with disciplinary matters and work aggressively to help you keep your license. Call (813) 968-6633 or fill out the online form to schedule a consultation.