Nurse Gets License Suspended for Using Drugs While Pregnant 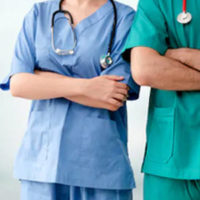 People get addicted to drugs for various reasons. A person may try drugs due to peer pressure and enjoy the feeling they get. Some use drugs after a surgery and become addicts.

Whatever the situation, drug use in a professional career is never a good idea. This is especially true in the healthcare field, where medications are abundant. A doctor or nurse can lose their professional license.

A nurse in Michigan had her license suspended in March for allegedly using drugs while pregnant. In October 2018, the woman had been referred to the Health Professional Recovery Program so she could receive help for her substance abuse issues. The woman disclosed that she had started taking drugs in 2008 following a surgery. She first became addicted to pills, then she started buying heroin off the streets.

In January, a urine screen showed that the nurse tested positive for Tramadol, an opioid with a high risk of dependency. The following month, the woman, who was still struggling with drug dependency and mental health issues, was deemed unfit to practice nursing. The person who evaluated her noted that she was using drugs while pregnant.

The woman was contacted multiple times to get referred to an inpatient substance abuse facility for pregnant women. The nurse, however, never returned the phone calls. She is now considered noncompliant. The state is now in the process of suspending her nursing license.

Addiction in the Healthcare Industry

Doctors and nurses have an obligation to act in an ethical and moral manner when dealing with patients. This means not practicing medicine while intoxicated. However, even healthcare workers are not immune to drug use. In fact, drug use is a huge issue in the medical industry. More than 100,000 medical professionals struggle with some form of drug addiction in the United States, whether they are prescription drugs or illegal ones. This should not be surprising, given that doctors and nurses have access to some of the most addictive pain relievers available.

Many people do not suspect nurses and doctors. They may continue to do their duties and act normal as they steal medications from patients and work while under the influence.

Why do they do it? Nursing is a stressful, tiring job. Drugs help combat fatigue and depression. They help doctors and nurses feel better, even though they are in an altered state of mind.

Nurses have a huge responsibility on their shoulders. They must provide the best patient care at all times and this is hard to do if they are under the influence of drugs.

Any type of drug use—even prescription drugs—can cause you to get your professional license suspended or revoked. This is especially true for nurses, who work with medication on a daily basis. Contact the Law Offices of David P. Rankin, P.A. as soon as possible. Tampa nursing license lawyer David P. Rankin can help you obtain a favorable outcome. Schedule your consultation today. Call (813) 968-6633 or fill out the online form.