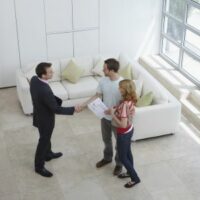 Ethics is a huge part of most jobs. When money is involved in a transaction, people need to be on their best behavior. That’s why many industries have laws and regulations regarding how to act appropriately with customers.

The real estate industry has especially cracked down on hate speech in recent years. After a Realtor was recently caught spewing racial slurs at minorities, the largest trade organization in the United States — National Association of Realtors (NAR) — has revised its code to ban hate speech and harassing speech. All 1.4 million members have to abide by this ethics code, and not just while at work. They must avoid engaging in hate speech 24/7 or risk severe punishment, including fines of up to $15,000 and expulsion from the NAR.

This major prohibition is widespread and far-reaching, covering all professional and private communication, whether it is spoken or written and spoken. Any communication that is online and offline is covered under the ban. The policy is the most restrictive of its kind.

This is frightening to NAR members, since any member of the public can file a complaint. Because the law is so vague, real estate agents will be more anxious about dealing with customers. Experts in the law and ethics fields say this law is a way to censor political opinions, especially controversial ones regarding gender and race.

Many are concerned that other industries and organizations will follow suit. If this law is good enough for real estate agents, then why not doctors or lawyers? There’s going to be a lot of pressure for other licensed professionals to act in the same manner.

Formal procedures will be involved in the new law. There is now an avenue for the NAR to investigate and punish real estate agents who harass, threaten or insult legally protected groups, such as those based on sex, gender identity or race.

Some real estate agents fear they could lose their license because of this new speech code. They believe it will be used to censor agents who disapprove popular political issues such as Black Lives Matter, gay marriage, transgender pronouns, affirmative action and undocumented immigrants. Religious members of the NAR are especially at risk, as they tend to have traditional views on sexuality and gender. Now, should they express these feelings to others, they could potentially lose their jobs.

This massive move by the NAR may sound like a good idea to denounce discrimination and promote equality. However, the rules are vague and anyone can file a complaint, which can make Realtors anxious.

Are you a Realtor dealing with administrative issues? If so, get help from Tampa real estate broker license lawyer David P. Rankin. He has been involved in several hundred license discipline proceedings before the Florida Real Estate Commission and was the attorney for the Greater Tampa Realtors for 18 years. To schedule a consultation, fill out the online form or call (813) 968-6633.