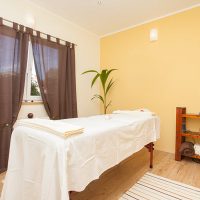 When people apply to receive a professional license, they need to be truthful on their application. They cannot lie about their criminal history or deny situations that caused them to lose their license in the past. If they do, they can face penalties. They may be unable to get their license reinstated or if they have a license, it could get suspended.

This was the case for an Arizona man who was convicted of sexual abuse nearly 20 years ago, but lied about the conviction on his application for massage therapist license. In October, the man’s current license was suspended by the governor after failing to report new and old sexual abuse charges.

The Arizona State Board of Massage Therapy opened an investigation into the 67-year-old man’s current massage license after the local newspaper, The Arizona Republic, inquired about the man’s sexual abuse charge from 2002. The board unanimously voted to suspend the man, effective immediately. One of the board members voted to suspend him due to the safety of the public. A hearing to discuss the issues and state law violations will take place within 60 days.

The board is investigating both old and new issues concerning the man. On August 30, he was charged with two counts of sexual abuse. Flagstaff police investigated the incident for five months after one of the man’s female clients told police that he rubbed her bare breasts with his hands. The incidents occurred in 2020 during two massages. The woman sought the massages as treatment after undergoing chemotherapy for breast cancer. That case is ongoing.

The board is also concerned about a 2002 felony conviction that the man failed to disclose when he applied for his massage license in 2011. He claimed that the conviction was set aside in 2004, which is why he did not disclose it on the application.

In 2002, the man got his physical therapy license revoked after being accused of touching a  female client’s genitals. He was found guilty of one count of sexual abuse that same year. He was sentenced to one year of unsupervised probation. This was the case that got set aside by a different judge in 2004.

In 2011, the man was approved for a massage license in Arizona, despite the convictions. This raised questions about why the state Massage Therapy Board approved him.

The man was also disciplined by the Arizona State Board of Physical Therapy back in 1994.  His physical therapy license was put on probation after he had a sexual relationship with a client.

Physical therapists and massage therapists sometimes go too far with their therapeutic tactics. They are not allowed to touch patients as they please. They need to be respectful of the bodies of others.

Those dealing with accusations of sexual abuse and other issues can lose their professional license. Seek legal help from Tampa physical therapist license lawyer David P. Rankin. I will advocate for you and help you keep your license. To schedule a consultation today, fill out the online form or call (813) 968-6633.