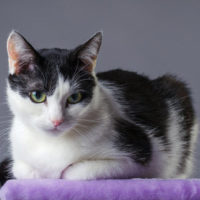 Veterinarians must have a love for animals, so it’s unthinkable that one would severely abuse or neglect their own pets. Unfortunately, that was the case for a Florida woman who practices as a veterinarian part-time in Port Richey and Gulfport. She faces multiple animal cruelty charges and could possibly lose her veterinarian license.

The 66-year-old woman and her 74-year-old husband were arrested on August 22 after an investigation that lasted five days. They both face several felony animal cruelty charges, one misdemeanor charge and five counts of confining animals without water, food or shelter. More than 30 animals were found severely abused at their home, including eight dogs, two horses and 28 miniature horses.

The investigation began on August 17 after Polk County Sheriff’s Office was informed that animals at the home were not cared for properly. Both the woman and her husband were confining the animals and not caring for them. They did not provide adequate food, water, shelter or medical care.

Three of the miniature horses had to be euthanized due to lack of medical care. The dogs were dirty and underweight. They had fleas and parasites. The house was infested with rats and smelled of ammonia.

The woman still has an active license and so far, there have not been any complaints against her license related to this case. However, she was reprimanded by the Florida Board of Veterinary Medicine last year for not meeting the continuing education requirements for license renewal.

The couple was booked into Polk County jail on August 22, but both were free on $6,000 bail by the next day. Despite the serious charges they face, the couple wants to retain ownership of their animals. The animals are currently housed in county facilities.

Basic animal cruelty is considered a misdemeanor under Florida Statutes Section 828.12. Cases of aggravated animal cruelty—in which animals undergo severe pain or even death—are considered third-degree felony crimes, which is what the woman and her husband face. They could be imprisoned for up to five years and pay up to $10,000 in fines.

In addition, a person who commits multiple acts may face charges for each act. The husband and wife each face nine charges, so it’s possible they could be spending the rest of their lives in prison for their cruelty.

Pet owners rely on the skill, expertise and care of veterinarians when their dogs, cats, birds and other animals are injured or not feeling well. A veterinarian who performs substandard care or abuses or neglects animals risks losing his or her license.

No matter what type of professional license you have, getting it back and returning to your career is no easy task. Get legal representation from the Law Offices of David P. Rankin, P.A. I am a Tampa administrative lawyer who focuses on licensing issues for veterinarians and other professionals. I encourage you to review my experience in these matters at my firm’s web site. Contact my office today for a consultation by calling (813) 968-6633.