Immoral Conduct And Other Unprofessional Behavior In The Nursing Industry 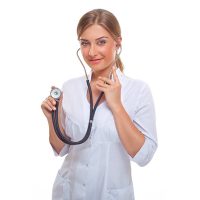 Nurses do a great job of caring for patients. Most of them conduct their duties with ethics and morality, while some exploit others by taking advantage of their role and experience.

For example, some nurses may claim they are homeless and find someone who is in need of medical care. The nurse may offer an exchange with the premise that the nurse and patient help each other. The nurse serves as a home assistant in a way, while the patient provides room and board for the nurse.

However, the “relationship” does not work out. The nurse wants money, credit cards, and maybe even assets such as cars. The patient wants a romantic relationship, but the feelings are not reciprocated. The nurse leaves the relationship and takes off with money and/or other assets.

Now what? This was a real-life case in which it was found that the nurse violated her obligations and lacked good moral character. It was also determined that the nurse was capable of practicing in a safe and competent manner. She did not have any mental or physical incompetency.

The licensing board revoked the nurse’s license, but she filed an appeal. The nurse claimed that there was no professional relationship between herself and the man. The court disagreed, claiming that the nurse used her position as a nurse to exploit the man.

The nurse’s testimony and arguments were not credible, while the man’s doctor and daughters provided credible testimony. It was determined that the nurse lacked good moral character after stating many lies, including her belief that the relationship between her and the man was consensual. This was untrue, as the man had wanted a relationship but the nurse refused.

The moral of the story is that exploitation is common but unethical. The nurse was able to win over the man because she had a nursing license. But even though she had not been actively nursing for many years, her license was still at risk. That’s because once you are licensed, you must always act as a licensed professional. So a licensed professional who fails to pay taxes, fails to repay student loans, or gets a DUI conviction can still face penalties to their license.

To prove a nurse-patient relationship, you should do the following:

Sometimes licensed professionals act in ways in which they exploit others. When this happens, they can face various forms of punishment — even license loss.

If you are a nurse facing accusations, you need to protect yourself. See how a Tampa nursing license lawyer from The Law Offices of David P. Rankin, P.A. can help you keep your license. Schedule a consultation today by filling out the online form or calling (813) 968-6633.