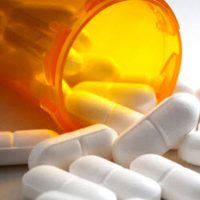 Addiction to opioids has increased dramatically in the past decade. Opioids release endorphins and help people feel happy and pain-free.

Some people will go to great lengths to get a hold of opioids. But when pharmacists steal pills to feed their addictions, it can lead to serious penalties, such as probation and license loss.

This was the case for a pharmacist in Pennsylvania. The 51-year-old man, a chief pharmacist for the Veterans Affairs Medical Center, worked his way up to his position, working through college and even battling throat cancer and lupus as he studied for his doctorate in pharmacy.

All of this—his entire career—unraveled quickly in a federal courtroom after the pharmacist was caught stealing painkillers. He was recently sentenced to two years of probation after pleading guilty to stealing 100 painkiller pills from patients between January 2017 and June 2020.

The pharmacist, who expresses regret and remorse for his actions, allegedly took the pills for his own use. He was not selling them to others. He decided to steal the medications to deal with his chronic pain and opioid addiction. The pills he stole were made of hydrocodone and oxycodone.

The federal case could lead to a license suspension for at least 10 years based on a 22-page sentencing memo that included details about the pharmacist’s health issues. He lost his career and everything that he worked hard to achieve for himself and his family. The man, a divorced father of two children, said his family will suffer from his mistakes.

The investigation began when patients at the VA complained of missing pills, stating that they were receiving fewer pills than what they were prescribed. The government accused the pharmacist of removing the pills from the pharmacy shelves. He took pills from bottles awaiting delivery to VA patients. The VA’s Office of Inspector General confronted the man in June 2020 and he cooperated right away.

In November, the pharmacist pleaded guilty to one felony count of fraudulently obtaining controlled substances. He had been free on a $10,000 bond. Federal sentencing guidelines recommended punishment ranging from probation to six months of incarceration. The Assistant U.S. Attorney  did not object to the probation. There was no fine or monetary restitution imposed.

The punishment was primarily based on the man’s support. Many family members and friends wrote letters expressing their support for the pharmacist and the judge was impressed.

Pharmacists are entrusted with giving patients the medications they need at the right doses and amounts. Stealing prescription drugs to feed an addiction is a serious crime.

Protect your license with help from the Tampa pharmacist license & pharmacy permit lawyer from The Law Offices of David P. Rankin, P.A. We have more than 30 years of experience dealing with professional disputes. Fill out the online form or call (813) 968-6633 to schedule a consultation.