Former Pharmacist Arrested for Practicing Health Care Without a License 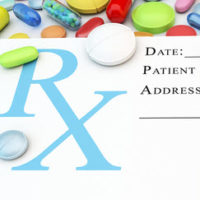 Medicine is comprised of various fields and it’s important to understand that having a pharmacist license does not necessarily allow someone to legally practice medicine. While many pharmacists do their job well and understand the ethics involved, some cross the line and engage in unethical, immoral and unlicensed activity that can lead to criminal charges and even license suspension or revocation.

A woman from Winter Haven, Florida has been charged with six counts of practicing health care without a license. The 39-year-old woman was arrested on June 12 at Drop it Like It’s Hot! Clinic in Winter Haven on Cypress Gardens Boulevard near Helena Road Southeast, where she allegedly performed medical procedures and sold medical marijuana. The woman worked at the clinic as a registered nurse and licensed doctor, often performing medical procedures on clients.

While the woman once had a pharmacy technician license allowing her to work in Florida, she let it expire in 2014.

The clinic was dispensing the weight loss drug phentermine but was no longer allowed to do so after it was found that the clinic violated proper storage requirements for the drug. On social media, the woman advertised Dr. Compassionate 420, which was a business she ran inside the clinic. She has several Facebook pages touting her as the owner of both businesses. She wore medical scrubs and portrayed herself as a doctor.

Impersonating a doctor is not common, but it has happened before—even in Florida. In 2016, an 18-year-old was arrested for posing as a doctor. He was caught when he attempted to perform an exam on an undercover agent.

Practicing medicine without a license is a third degree felony in Florida. Although this is the least serious type of felony, it is still punishable by a $5,000 fine and five years in prison. This type of crime can bar someone from getting a professional license and affect one’s employment in many ways.

If you have let your pharmacist license expire and you engage in unlicensed practice, it can be very difficult to get any type of professional license in the future. Practicing medicine without a license is an issue of law and ethics. It also can show that you are dishonest and cannot be trusted.

If you are a Florida pharmacist who is facing license loss or criminal charges for an unethical act, don’t try to handle the charges on your own. The Law Offices of David P. Rankin, P.A. can assess your case and get your charges reduced. I have 30 years of experience representing pharmacists and other licensed professionals. Schedule a consultation today. Call my office at (813) 968-6633 or fill out the online form.