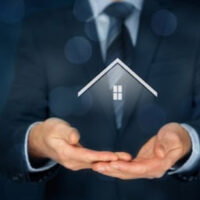 Real estate professionals are obligated to act in an ethical manner at all times. After all, there is a lot on the line. They work with properties worth six or even seven figures. Lying or being dishonest can cost a professional their license. It can also ruin a sale and cost the client time and money.

A real estate appraiser allegedly gave a dishonest appraisal on a property in Florida. The man was appraising a restaurant in South Daytona while in Europe. His appraisal, which he performed in June 2018, contained numerous issues even though he claimed it was based on visual inspections.

The Florida Real Estate Appraisal Board has filed an administrative complaint against the appraiser. The man advertises his services across Florida and much of the East Coast on a website.

The Department of Business and Professional Regulation claims that an appraisal the man submitted for a commercial property at 2452 S. Nova Road in South Daytona contained mistakes. The owner of the property did not order the appraisal, but a potential investor did. The owner read the appraisal and immediately saw it was clear that the appraiser never saw the property in person. She did not file a complaint. A new restaurant, called La Fuente, opened on the property.

The report claims that the appraiser has not lived in Florida in many years. While his address is listed as Riverside Condominiums in Daytona Beach, he actually lives in Europe.

On the state’s website, the man has used the business names “Butterfield Appraisals” even though neither is registered. The appraiser’s license is currently suspended in Florida. His license is Pennsylvania is also suspended.

The appraiser has committed 10 rule violations of the Uniform Standards of Professional Appraisal Practice, as well as other violations. He faces license suspension or revocation, restriction of practice, administrative fines and a reprimand.

Those in the real estate industry need to act ethical in their dealings with clients at all times. Licensed professionals who are not honest can face administrative issues and lawsuits.

Protect yourself with help from Tampa real estate associate licensing lawyer David P. Rankin. He has been involved in several hundred license discipline proceedings before the Florida Real Estate Commission and was the attorney for the Greater Tampa Realtors for 18 years. To schedule a consultation, fill out the online form or call (813) 968-6633.