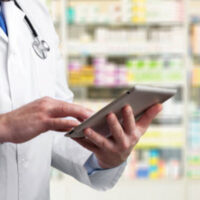 Why do people steal things? There are many reasons. Some people really need the item and can’t afford it. In some cases, people steal for the fun of it. They may get an adrenaline rush from doing so. They might steal something of value to sell it and get money. Sometimes people steal things like prescription drugs because they are addicted. Or maybe they do it because they don’t want their cousin to steal the drugs.

Say what? Believe it or not, that was actually a reason a pharmacy technician at a Walgreens in Florida gave when asked why she stole hundreds of narcotics pills. While it surely wasn’t the best explanation for the theft, it certainly was a creative one.

The 23-year-old woman from Belle Glade was arrested by Palm Beach County sheriff’s deputies for stealing hundreds of Xanax and Percocet tablets. She finally admitted that no cousin was involved, but that didn’t get her off the hook. The Florida Department of Health suspended her pharmacy license in March. She was placed in police custody but later released after posting the $24,000 bond.

After posting the bond, prosecutors decided to drop several charges against the pharmacy technician, including possession of oxycodone and Xanax, grand theft and one count of trafficking. The woman still faces several charges, including possession of Xanax, trafficking 25 grams to 100 grams of oxycodone and organizing a scheme to defraud under $20,000.

The woman denied the charges and maintained her innocence, despite her involvement in the incident that sparked a Walgreens investigation: a customer’s allegation of receiving only 60 tablets of a 90-tablet Percocet prescription in October.

The woman admitted to taking the tablets while filling prescriptions. She would drop individual pills or even the entire bottle into her pocket. She later told investigators that her cousin threatened to rob the pharmacy, so she took them instead.

Later, the pharmacy technician admitted that the person she said was her cousin wasn’t even related to her. It was a man she had grown up with in Sarasota. She also admitted she only knew his nickname, “Yellow.”

Working as a pharmacy technician requires ethics and morals. These workers are around prescription drugs all day long and while it may be tempting to take some pills from a customer’s order, this is illegal and considered theft. You could face multiple drug charges as well as license loss.

Facing administrative actions against your license? Get help from Tampa pharmacist license & pharmacy permit lawyer David P. Rankin. He has helped pharmacy workers and other licensed professionals hold onto their licenses. Schedule a consultation by calling (813) 968-6633 or filling out the online form.