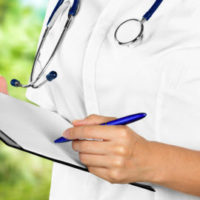 Nurses are required to meet minimum standards of care when caring for patients. Nurses must be ethical and honest at all times in order to protect the health and safety of patients. When a medical professional does not abide by these rules, he or she can lose their license.

The Florida Board of Health has placed an emergency restriction order on a Florida woman after she was accused of stealing a patient’s credit card. She is facing the loss of her nursing license. The certified nursing assistant, who worked at Grace Nursing Home in Lake Wales, has been accused of stealing a credit card from a patient and using it at Walmart and other retailers in the area.

The patient, who wore his wallet in a lanyard around his neck, was not aware that his credit card was missing until he received notice from the credit card company. The family contacted the nursing home, who then informed law enforcement about the theft. Lake Wales police obtained video footage of the 47-year-old woman shopping at Walmart on August 20. She was dressed in scrubs and using the card to make purchases. Nursing home staff identified the woman from the video.

When initially questioned about the theft, the woman denied it. She later admitted to stealing the credit card and using it to make illegal purchases. On August 27, the woman was booked into Polk County Jail and later released on bond. On October 4, the woman pled not guilty to criminal use of personal identification, fraudulent use of a credit card and grand theft. The trial has not been scheduled yet.

The woman also faces a formal hearing before the board to determine her discipline. Her license, which was issued in June 2016, could be suspended or revoked.

When people think of misconduct among nurses, they may think of medication errors, sexual misconduct or lack of patient safety. Exploitation of patients is also common in the nursing field. Those in nursing homes are often physically or mentally disabled, and nurses tend to take advantage of this situation. Nurses may steal money, credit cards and bank account information in order to benefit themselves.

This violates the professional boundaries set in place by the state board. This is just one of various forms of misconduct that a nurse could engage in to cause him or her to lose their professional nursing license.

Nurses do not have to meet the same education requirements as doctors, but they are still held to very high standards. Their job is to provide patients with the utmost care and respect. If you are facing disciplinary action for alleged misconduct, seek legal help right away.

The Law Offices of David P. Rankin, P.A. can help resolve your disciplinary matter so you can keep your license. I am a Tampa administrative lawyer who focuses on licensing issues for nurses and other professionals. For a free consultation, contact my office today by calling (813) 968-6633.